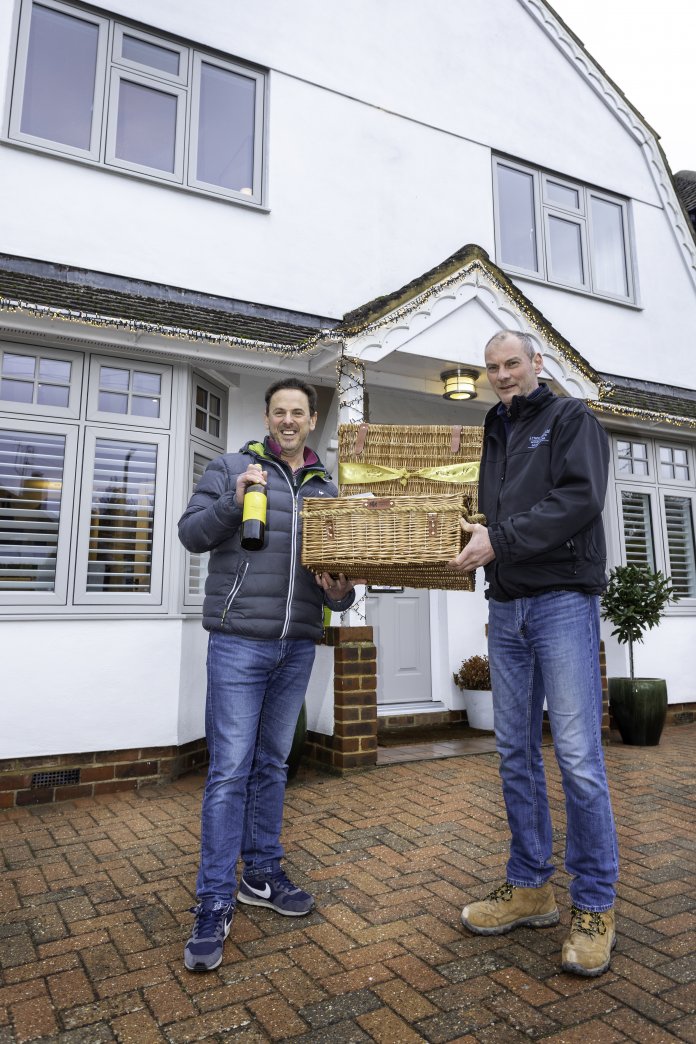 The installation of flush casement windows from Epwin Window Systems in a three-bedroom semi-detached bungalow in Maidenhead, Berkshire has won a customer competition run by trade fabricator Universal Trade Frames for the best installation of summer 2022.

The domestic project featured seven flush casement windows, including two bay windows, all using the award-winning Flush Casement Window System from Epwin Window Systems. All frames were manufactured in white on the internal frames and the external face was sprayed Purbeck Stone for a sympathetic aesthetic. The windows were manufactured by longstanding Epwin Window Systems’ fabricator, Universal Trade Frames and completed by experienced installer Lynch Cooper Ltd, a family-run business in Maidenhead.

Terry Saunders, Area Sales and Marketing/Technical Sales at Universal Trade Frames said: “We ran our summer competition over two months and the Maidenhead installation was the obvious winner for us. It’s a high-quality installation and is one of the only properties in the UK to use the bespoke Purbeck Stone colour.”

The Lynch Cooper team and the homeowner each received a hamper for winning the competition and both were delighted with their prize.

Universal Trade Frames is a family-owned business renowned for staying ahead of the trends in the industry and Terry says one of the biggest recent trends is the rise in popularity of the flush casement window.

He said: “On this installation, for example, we priced for both flush casement windows and standard casement windows. The homeowner chose the flush casement option, despite the higher price tag due to the window’s next-level heritage aesthetics. It’s a trend we only see increasing over the next couple of years with more bespoke properties being built and converted.”

He says the reason for the popularity of the windows is their elevated appearance. He continued: “The slim and equal sightlines of the Epwin Window Systems Flush Casement

Window System give it an edge over comparable products, particularly because we can deliver a bespoke product that’s fully mechanically jointed and has Astragal bars.”

Universal Trade Frames was established in 1996 and has been an Epwin Window Systems fabricator right from the start. Terry concluded: “Epwin Window Systems has some of the best products in the industry and as the photos of this installation show, the quality is exceptional. We’ll be running another photo competition in March and we’re looking forward to seeing more examples of stunning finished results!”