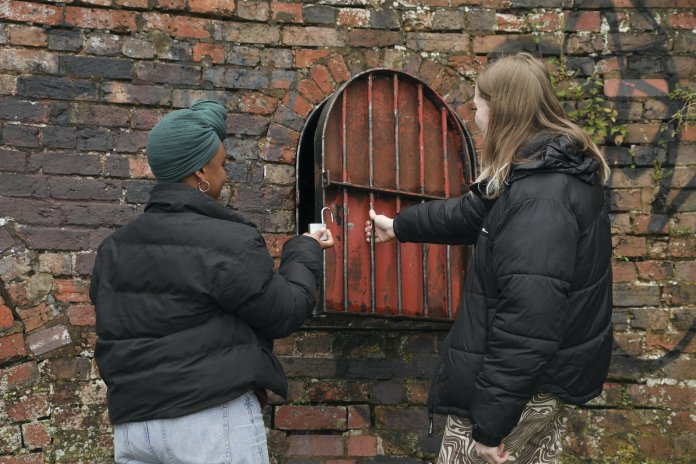 Birmingham 2022 Festival and Fierce have announced Yale as official sponsor of Key to the City and that the location of the ‘Key Exchange Ceremony’ site will be Birmingham New Street Station.

Security experts Yale will produce 15,000 keys (and their respective locks), which will give recipients access to 22 locations around the city region that, combined, create a compelling portrait. The specially designed keys will begin production in early May at the company’s Portobello factory. They will be presented to recipients from 28 May at the exchange site in Birmingham New Street Station in beautifully designed boxes, with an accompanying passport, which acts as a map and guide.

Harry Warrender, Senior Vice President and Head of UKI. ASSA ABLOY Opening Solutions commented: “We are honoured to be the Official Sponsor of the Key to the City project and play our part in the Birmingham 2022 Festival. With over 180 years’ experience in lock making and as a Midlands-based business, it felt like the perfect partnership.

The bespoke Yale keys will offer anyone visiting Birmingham the opportunity to unlock and explore new experiences around the city. We hope as many people as possible get the chance to use one of the keys and be part of this exciting event.”

Louisa Davies, Senior Producer for the Birmingham 2022 Festival, adds: “Key to the City and Yale is a match made in Birmingham! This is a project that will unlock so many surprising experiences for 15,000+ people. It will paint a portrait of the city that reflects our vision for the Festival – to inspire people to explore and celebrate this unique cultural landscape.”

Creator of Key to the City Paul Ramírez Jonas said ‘What if everyone, not just the chosen few, could be recognised with the Key to the City of Birmingham?  What if anyone could decide who is deserving of the Freedom of the City? What if this key could open dozens of previously unexplored spaces around the city?  And what if all those spaces together created a portrait of Birmingham?’

Paul Ramírez Jonas’s Key to the City in New York (2010) was a citywide intervention in which twenty-five thousand keys to private or normally inaccessible spaces throughout New York City were bestowed, revealing that culture can still be a freely shared experience, while also highlighting the increasing privatisation of urban space.

The Key Exchange Ceremony site,  located beneath the departure boards at New Street Station, will be open from 11am – 7pm from 28 May – 5 June inclusive and thereafter from 11am – 7pm on Wednesdays, Thursdays, Fridays, Saturdays and Sundays. There is no need to register in advance, just turn up on the day. Arrive in pairs or solo to be partnered up to collect your keys – all locations are accessed using this single key. This is a FREE event.

The Birmingham 2022 Festival runs from March to September and Key to the City is one of hundreds of events that will put Birmingham and the West Midlands’ creativity, ambition, heritage and diversity on a global stage.

The £12million festival has been generously supported by a range of funders with the aim of animating the entire West Midlands with ambitious creative works, this includes major support dedicated by Arts Council England, The National Lottery Heritage Fund, Birmingham City Council and Spirit of 2012.