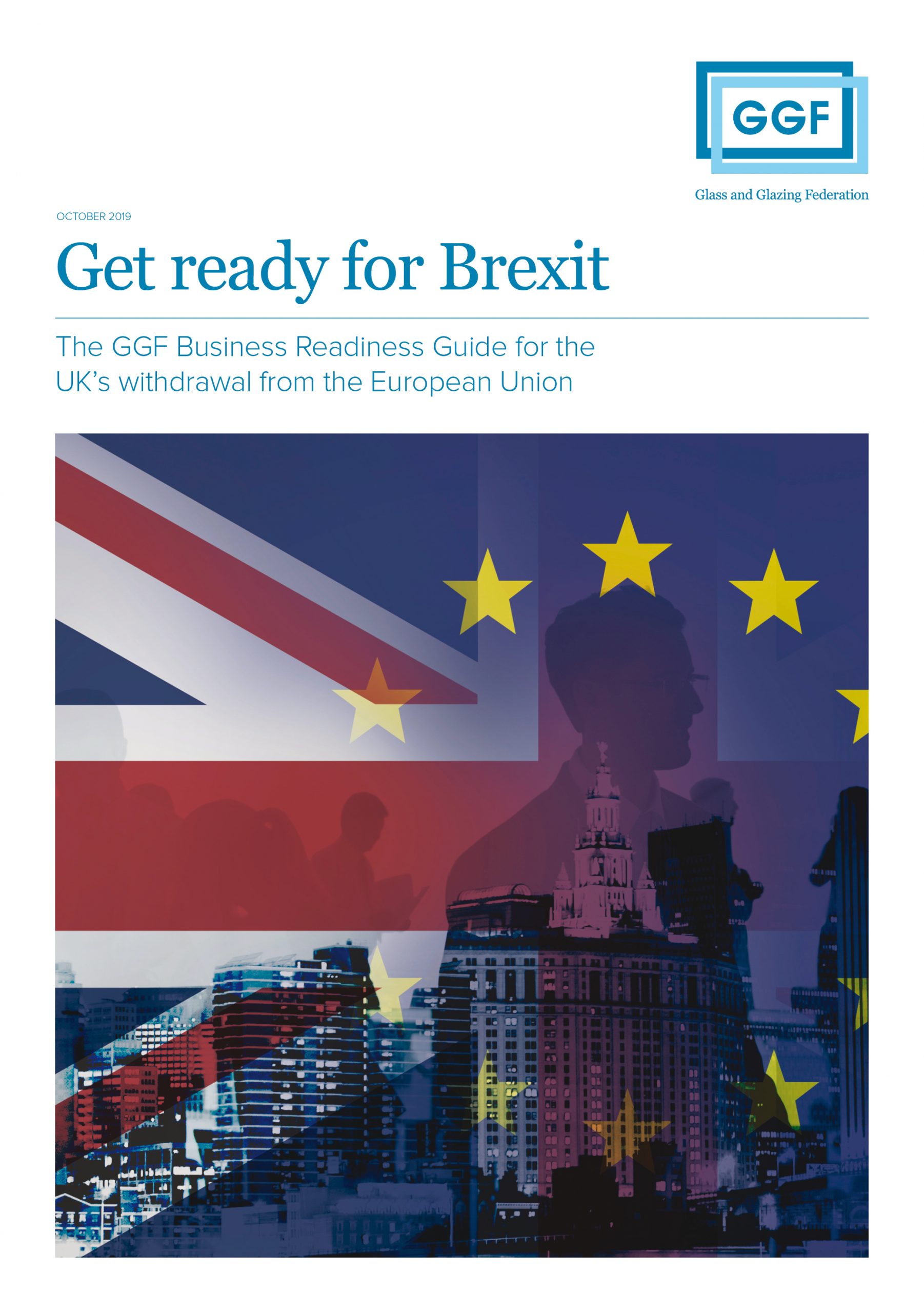 Following the GGF’s Government funding for the Brexit Readiness Campaign for the Glass and Glazing industry, the GGF will now use the communication channels it has set up to ensure that companies receive up-to-date, accurate and expert guidance to help them cope with the Brexit Transition period.

The UK left the European Union on 31st January, marking the beginning of the 11-month Transition Period.

The Transition Period is due to conclude on 31st December, but it could be extended if both UK and EU agree to an extension before 1st July 2020. The GGF will continue to work with Government and will relay any changes throughout the Transition Period.

Here is the latest situation between the UK and EU in terms of a trade agreement.

Prime Minister Boris Johnson and EU Chief Negotiator Michel Barnier set out their respective opening negotiating positions for the future trading relationships in early February. The statements confirmed that the EU will pursue a close trading relationship, while the UK will seek to diverge considerably from current arrangements.

It is key to note that previous EU trade negotiations have taken significantly longer than a year to conclude, with the Comprehensive Economic Trade Agreement (CETA) with Canada taking 7 years to agree. Given the two sides’ contrasting goals and the lack of time to reach an agreement, it is possible that no deal will be reached before the end of the Transition Period.

Key issues for the companies in the glass and glazing industry

As previously highlighted, nothing will change before the end of the Transition Period, and the arrangements from 1st January 2020 are subject to negotiation over the coming year. However the following is possible;

Trade arrangements for goods travelling between the EU and UK will be discussed in negotiations between the two parties.

The GGF will provide further updates on likely implications of the trade negotiations for the glazing sector throughout the year.

Agreements on environmental and labour standards after the Transition Period will be subject to negotiation and will be directly related to discussions on the trade of goods. The EU is aiming for alignment in these areas in exchange for free movement of goods and the UK is aiming to diverge from current standards.

The GGF will continue to monitor for updates relating to changes to standards that will impact on the sector in the coming months.

When the UK leaves the EU Single Market, free movement of labour from within the EU will end and the UK will adopt a new immigration system, under which there will be no distinction between EEA and non-EEA citizens. The Government has asked the Migration Advisory Committee (MAC) to consider how a ‘points-based’ immigration system could be introduced from 2021. The GGF had input to the response on the MAC Consultation last year.

Currently, there are two types of visas for non-EEA citizens:

The MAC published its recommendations in January, including:

A lower salary threshold would be beneficial for the glazing industry, as it would enable more medium skilled workers to qualify. Government will consider the advice of the MAC before introducing legislation on the new immigration system later this year.

James Lee, GGF Director of External Affairs commented, “Throughout the Brexit transition period, the GGF will continue to update the industry as and when we receive the latest information. The Brexit Hub we have set up on the GGF website, is now the go to place for the industry on all the issues affecting companies during the transition period. I would advise companies to visit the Hub to keep up to speed on all the forthcoming changes that will impact on the sector in the coming months.”