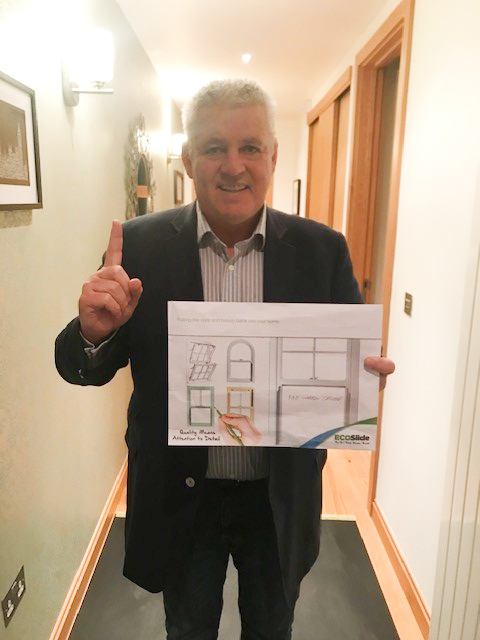 Stunning Victorian Sliders sash windows are gracing the home of none other than ex-Wales rugby coach Warren Gatland.

Warren led the Welsh national team to a string of high-profile victories during his 12 years in charge, including four Six Nations titles, three Grand Slams, and two World Cup semi-final appearances, most recently in Japan in 2019.

While his next appointment is taking him back to his native New Zealand, Warren is still keeping his Welsh home – he’ll be returning in 2021 to coach the British and Irish Lions – and it’s that property that now boasts some high-performance ECOSlide windows.

“We were absolutely delighted to work with Warren,” comments Victorian Sliders Group Managing Director Andy Jones. “We’re a proud Welsh business – and over the last twelve years, he’s become a real hero to thousands of rugby fans throughout the region.

“He contacted us because he wanted windows that offered convincing vintage aesthetics without the laborious maintenance required by traditional timber products – and that were made in Wales! We were more than happy to oblige!”

ECOSlide is extremely secure – unlike many competitor products, it uses top and bottom toughened glass as standard, and features an anti-jemmy bar.

It’s versatile – available in a vast array of foils and any RAL colour, and offering the option for plant-on or run-through sash horns.

It comes with ‘A’ Window Energy Ratings as standard, and A+-rated with an Argon-filled unit.

It’s available with just a 7-day turnaround, and a 10-year guarantee.