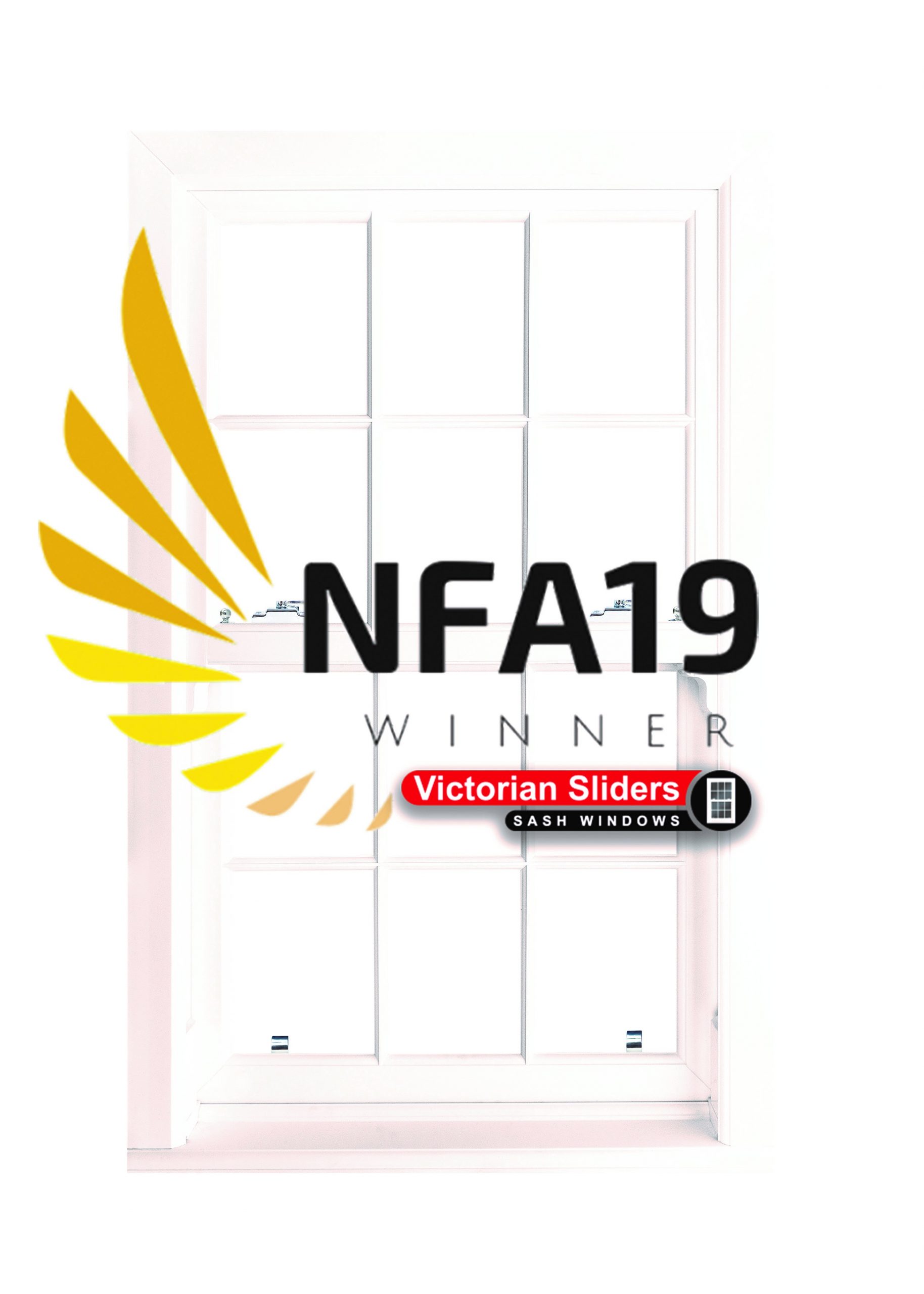 Victorian Sliders took the top spot in the Vertical Sliding Window Company category with an emphatic 52% of the vote.

The company came second in the extremely competitive Fabricator category, and were third-placed in the PVC Company category.

Glass and glazing’s only truly democratic awards scheme, NFA winners are decided by the votes of thousands of installers, fabricators and others throughout the industry.

That’s made it a much sought-after prize, and a firm fixture in the fenestration industry calendar.

Victorian Sliders’ new Managing Director Andy Jones comments: “It goes without saying – we’re absolutely delighted with the NFA results, especially since it’s the first time we’ve been nominated. We supply over 3,000 trade customers every year, and we’d like to thank all that took the time to vote for us.

“To win Sash Window Fabricator by such a margin was obviously fantastic. But we were also extremely pleased to come second in the Fabricator category, too.

“Congratulations to Vista, who won overall – but since they’re composite door specialists, that makes us the top-rated window fabricator in the UK.

“We were also the highest-placed fabricator in the PVC category too – finishing behind systems companies Liniar and Veka.

“It’s an acknowledgement of just how much Chief Executive Scot Starkey and the Victorian Sliders team have achieved over the last decade.

“They’ve put in a huge effort, and millions of pounds of investment, into creating a state-of-the-art manufacturing business that does it all – extrudes its own profile, makes its own sealed units, does its own spray-painting, bending, and even has its own recycling centre.

“It’s a one-of-a-kind business in UK glass and glazing, supplying great value sash windows to installers all around the country.”