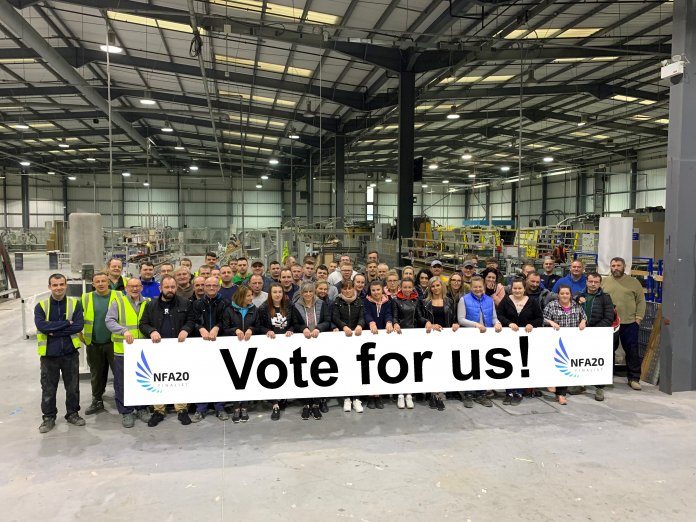 Victorian Sliders are proud to announce that they have been named as finalists in three categories at this year’s National Fenestration Awards.

Once again, the company has been nominated for Vertical Sliding Window Company, PVC Company, and Fabricator/Manufacturer.

The National Fenestration Awards are the industry’s fastest-growing, independent awards event. Launched in 2013, and now into its eighth campaign, the NFA’s aim to be the fairest, most inclusive fenestration event, rewarding the very best the sector has to offer.

Winners are decided by the votes of thousands of installers, fabricators, and others throughout the sector, meaning winning an award is a much sought-after achievement.

Victorian Sliders’ Group Managing Director Andy Jones comments: “We are extremely happy to have been shortlisted in three great categories at the NFA’s.

“Victorian Sliders has come so far in the past 15 years, and we wouldn’t be where we are today without the support of our loyal customers.

“It was fantastic to win the NFA for Vertical Sliding Window Company last year and being a finalist again is a great acknowledgement of just how much the Victorian Sliders team have achieved.

“We would like to encourage all our customers, and anyone who works in the fenestration sector, to vote for us again in 2020. It would be an honour to win, and we wish all the other finalists the best of luck.”

Based in South Wales, Victorian Sliders started up in 2005 and is now Europe’s largest specialist manufacturers of PVC-u vertical sliding sash windows. For more information visit www.victoriansliders.co.uk or call 01269 846200.