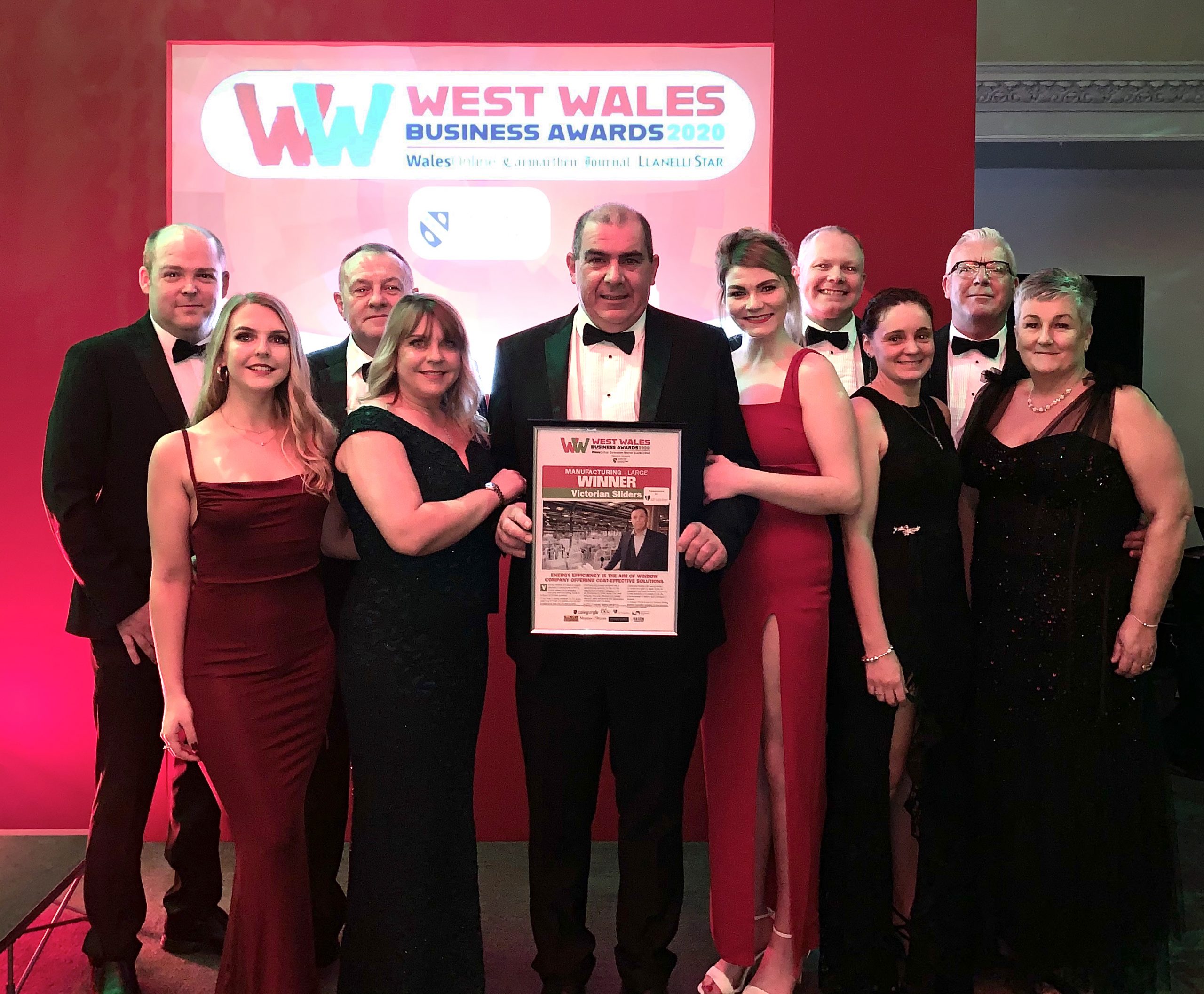 It’s always been a proud Welsh business – and Victorian Sliders, Europe’s biggest sash window manufacturer, has got its 15th anniversary year off to a flying start by winning a prestigious regional business award.

The Ammanford-based firm was named best large manufacturer at the West Wales Business Awards, an annual event that exists to honour the area’s most passionate, innovative and exceptional companies.

At a glamorous black-tie gala dinner on January the 24th, attended by key members of the Victorian Sliders team including Chief Executive Scot Starkey, the award was presented in front of an audience of local VIPs.

“What a way to kick off our 15th birthday year!”, comments Group Managing Director Andy Jones.

“It’s incredibly rewarding to be recognised by the region that’s given so much, and consistently supported us as we’ve grown to become the biggest sash window manufacturer in Europe.

“I want to take this opportunity to thank our dedicated staff, and our fantastic customers, without whom none of this would’ve been possible.”

This isn’t the Ammanford firm’s only cause for celebration, however. It’s also been named a finalist in the Manufacturing Business of the Year category at the Swansea Bay Business Awards.

Winners will be announced on Friday 6th March at a glamorous ceremony held at Swansea’s Brangwyn Hall.