Home Latest News The Job Protection Scheme is welcome – but now we need to... 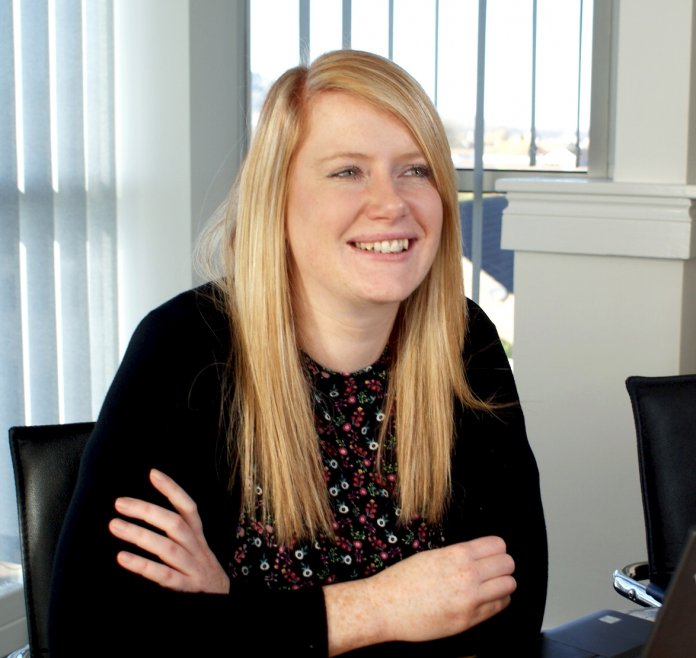 Last week, the government’s Job Protection Scheme went live. Insight Data’s Jade Greenhow gives her take on the unprecedented policy, and other ways the Treasury can support fenestration and construction in the months ahead.

Six months ago, it would’ve seemed ludicrous. But this week, applications for the government’s Job Protection Scheme, which will pay the wages of thousands of private-sector workers across Britain, opened for the first time.

Chancellor Rishi Sunak ripped up the fiscal rule book when he launched the initiative in March, which will see the Treasury cover 80% of people’s wages, up to a maximum of £2,500 per month.

It was a demonstration of just how radically coronavirus has changed politics in the space of a few weeks – and given the staggering scale of applications received on Day One, it’s clear demand for government support is going to be huge.

HMRC Chief Executive Jim Harra revealed that 67,000 businesses made claims in just the first thirty minutes. By the end of the day, that had risen to 140,000 companies, who collectively employ over a million workers.

The Resolution Foundation estimates that 8 million employees, or a quarter of the UK workforce, will go on to be paid by the scheme – a separate Chambers of Commerce survey indicated the figure will be much higher, suggesting as many as 71% of companies will furlough staff – while the Office of Budget Responsibility puts the total price tag at £42bn.

But while the cost will be enormous, very few would argue that the intervention isn’t urgently needed.

Welcomed by the industry

It’s certainly been warmly welcomed in fenestration and construction more generally, where many businesses have had to drastically curtail their activity since the start of the month-long lockdown, if not temporarily close altogether.

At this early stage, it’s difficult to know quite how many companies in our sector are taking advantage of the scheme. Several large construction firms have publicly announced they’ll be using it – BAM will furlough 440 employees, Multiplex will furlough 200, while Mace and Willmott Dixon will both furlough 800. Barratt Homes, meanwhile, will furlough a staggering 5,500 staff.

How many smaller businesses will follow suit is much harder to quantify – but given the sudden drop-off in demand, shortages of supplies and materials, and the difficulty of social distancing in factories, offices and construction sites, it seems inevitable that hundreds if not thousands will make applications in the days ahead.

On the 17th April, the Chancellor announced the scheme would be extended by a month, taking it to the end of June – another welcome move. But now we’d like to see the government’s proposals for what happens after that.

Businesses in our sector are grateful for the support they’ll be receiving through the scheme – but if the funding tap is abruptly shut off on June 30th, many companies will struggle.

If a business has furloughed almost its entire workforce for over a month, it’s inevitably going to take time to get back up and running again once the lockdown is lifted, and the government needs to introduce transitional measures that reflect that.

It’s also important to acknowledge that the end of the lockdown won’t spell the end of the coronavirus crisis. Until an effective vaccine is developed, and manufactured in large enough quantities to inoculate the whole population, social distancing will be a part of everyday life.

For many companies in our industry, that’s likely to mean they’re not able to operate at the same level as they were before the crisis began. Factories and warehouses aren’t built for social distancing, and the only way some firms will be able to get back to work while still obeying the guidelines is to do so with fewer staff – and be less productive as a result.

We’re also bound to see a delayed impact on demand for construction and fenestration products. With thousands of builders forced to down tools, far fewer houses will be being built, which will translate into lower demand for windows, doors and other home improvement products further down the line.

What’s more, a recession of some sort now looks inevitable. That makes it very likely the government will have to introduce further support for businesses in the months ahead.

Past recessions – like the financial crash of 2008 – have been global. But the coronavirus situation is totally unprecedented. There’s never been a crisis quite like this, that impacts every country on Earth in the same way, at the same time – and it remains to be seen what effect that will have on the supply chain.

There are all kinds of creative ways the Treasury could help fenestration and construction more broadly weather a recession. One option would be to try and kill two birds with one stone – like launching an extensive government-funded home retrofit programme, designed to drastically improve the thermal efficiency of millions of homes across the country.

It would give a much-needed boost to glazing and construction at a very challenging time – and help Britain reach its ambitious 2050 carbon reduction targets.

Or perhaps now’s the time to try and finally tackle the worsening skills shortage, which voices across our industry have been warning about for years. Government-funded training schemes could tutor the next generation of builders, fabricators and installers.

Whatever strategy the Treasury chooses, our industry is fundamentally strong – and with the right support, it’ll weather the coronavirus period and continue to thrive in the years ahead.

For a FREE demo of Salestracker, or further information on our services, then call Insight Data on 01934 808293, or email hello@insightdata.co.uk.