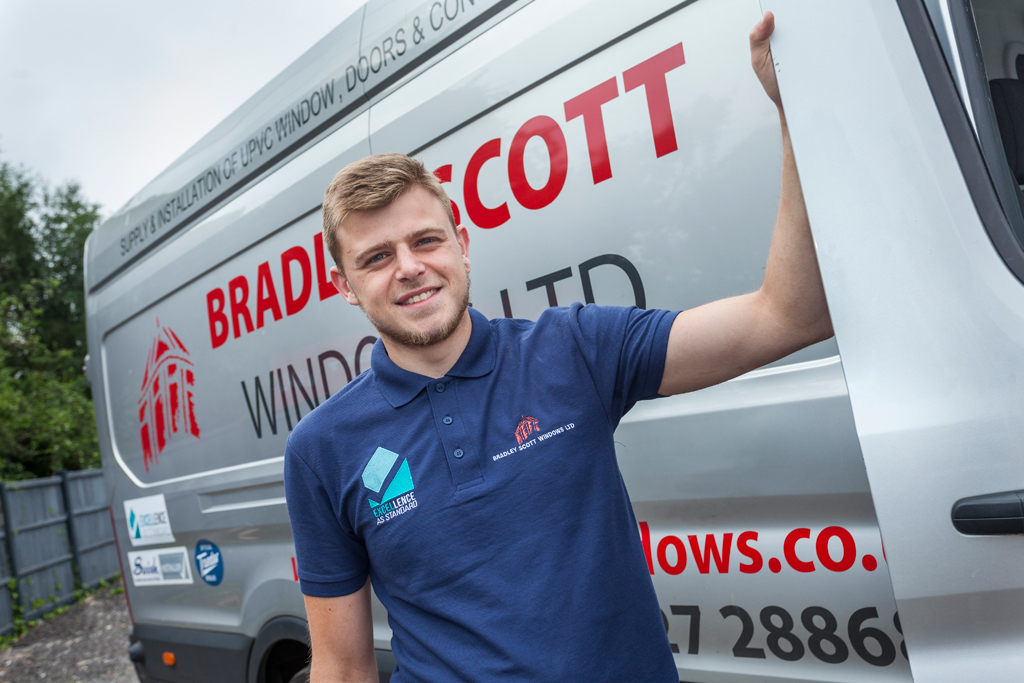 Longstanding Swish installer Bradley Scott Windows was one of the first companies to join Epwin Window Systems’ Excellence as Standard membership programme following its launch in 2017.  Eighteen months on, Bradley Scott’s owner, Andy Farrington, reflects on the value the decision has delivered.

“Windows, doors and conservatories are still a considered purchase,” he says. “When marketing to consumers it’s as much about giving them confidence in their purchase as having top-rated products. As a Swish installer we’ve got quality products. Membership of Excellence as Standard shows we’re committed to excellence throughout the buying, installation and post-sale process too. It gives us a major USP over competitor installers.”

Excellence as Standard advocates excellence at every stage of a project – from manufacturing through to the physical installation in a consumer’s home. Homeowners will benefit from the reassurance that all aspects meet a high-quality industry standard and in turn help the installer gain a competitive advantage while delivering the best possible service across the customer journey.

Andy said: “Like many installers, we strive for excellence at every level.  However, by embracing the Excellence as Standard philosophy we are offering a greater level of assurance to the customer. The membership has given us a valuable competitive edge as it gives homeowners an easy way to benchmark against competitors. The consumer recognition of our Swish product range and the added assurance of Excellence as Standard has proved to be a winning formula.”

Bradley Scott has been installing PVC-U windows, doors and conservatories in and around the Tamworth area since 1999. It is a family company committed to providing the highest quality service, something that’s demonstrated in its membership of Excellence as Standard.