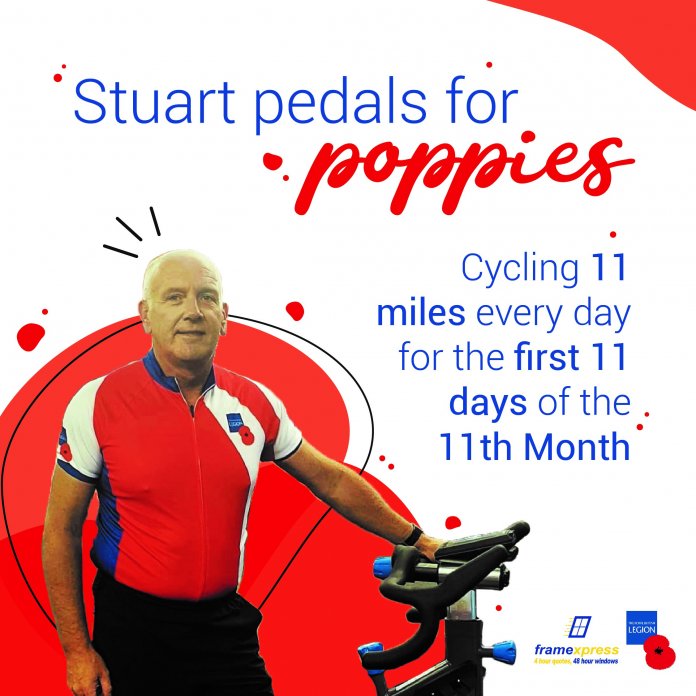 Framexpress director, Stuart Green, is pedalling for poppies this November, to raise money for The Royal British Legion.

Stuart is stepping up to the spin bike at his local gym and will be cycling 11 miles every day for the first 11 days of the 11th month, completing his challenge on Remembrance Day 2020.

Stuart says: “I’ve been inspired to raise some money for The Royal British Legion by a friend of mine. This year, their annual Poppy Appeal will be affected as there will be fewer people out and about buying poppies from the fantastic Royal British Legion veterans and volunteers.

“So, I’m getting on the bike and spinning for a total of 121 miles, over the first 11 days of November to raise some money and help Royal British Legion do their vital work supporting our Armed Forces.”

If you would like to help Stuart support The Royal British Legion, and this year’s Poppy Appeal, you can sponsor him through his JustGiving page – https://www.justgiving.com/fundraising/stuart-green27