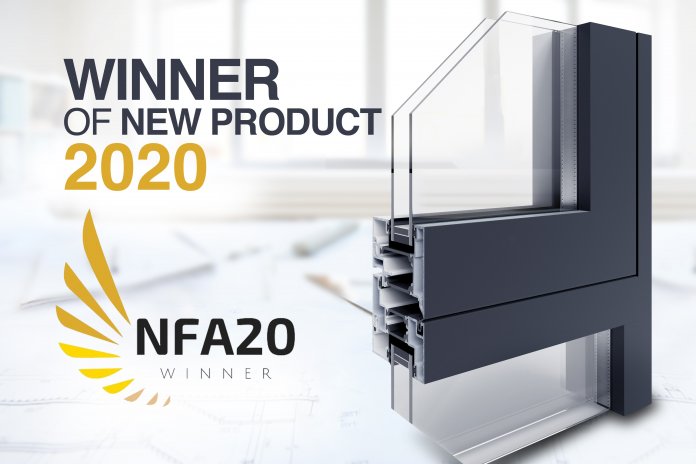 Stellar Aluminium Systems has won the New Product of the Year at the National Fenestration Awards 2020.

Clare O’Hara, Managing Director at Epwin Window Systems, said: “We are delighted to win this award. It’s particularly special because it’s voted for by people in the industry.  After such a challenging year for everyone, it is good to end 2020 with something positive and I would like to thank everyone who took the time to vote for Stellar.”

The NFA award means Stellar is now a triple industry award winner – the product also won in two categories in 2019 G Awards, including New Product of the Year.

Its success is hardly surprising because since its launch, Stellar has taken the industry by storm. Designed from the ground up for the retail and light commercial sectors, it has set a new benchmark for aluminium systems thanks to its slim sightlines and the fact it offers the first fully flush casement window. To add to its wider appeal, it has also set new standards for ease of fabrication and speed of fitting thanks to unique features such as its patent pending knock in beads and the reverse butt joint.

The National Fenestration Awards recognise all areas of the UK fenestration industry and are the only awards voted for by the industry. This year saw 7658 votes being cast which is the highest number in the awards’ history – up 2,000 votes on previous years – and demonstrates how well the industry has come together to support this event.

The winners were announced with a specially commissioned live video premiere in collaboration with FENEX 2021 – the fenestration industry’s first-ever virtual trade show.

The retail aluminium sector is resurgent and in Stellar, fabricators and installers can give themselves a competitive edge. It’s something more and more companies are realising – as this third award win for Stellar demonstrates.