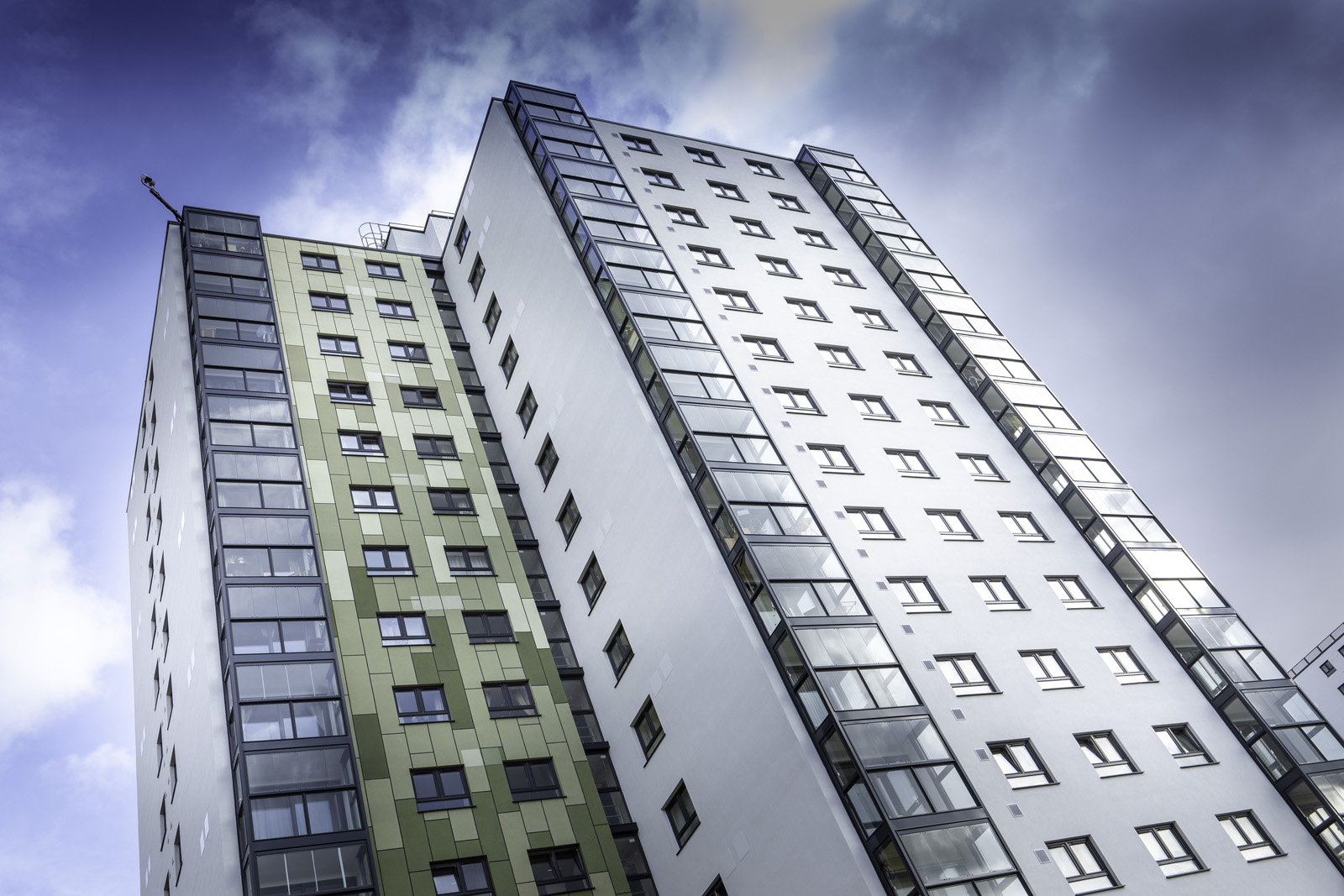 Profile 22’s Optima windows were chosen for the refurbishment of two tower blocks and the construction of a new low rise apartment block to create 224 one- and two-bedroom independent living apartments in Nottingham.

Longstanding Profile 22 Approved Window Contractor Select Windows is an award-winning family-owned company based in Walsall in the West Midlands. As a Category A subcontractor with Willmott Dixon the company was invited to tender for a contract to fabricate and install windows and doors as part of an £11m project commissioned by Nottingham City Homes.

The contract required the fabrication of windows and doors for 224 one- and two-bedroom independent living apartments. The installation work consisted of two elements. The first was the replacement of windows on two tower blocks – Winchester Court and Woodthorpe Court – that have been part of the Nottingham skyline for decades as part of a wider refurbishment project that also included full external wall rendering and internal upgrades to the heating system. The second was the installation of new windows and doors on a low rise apartment building being constructed on the same site as the tower blocks as part of the project.

The project was part of Nottingham City Homes’ Building a Better Nottingham programme, which is designed to transform people’s lives across the city by providing energy efficient homes that can dramatically reduce fuel bills for residents.

The windows were manufactured from Profile 22’s award-winning 70mm Optima system that delivers cost-effective thermal efficiency thanks to features such as a 6-chambered outerframe and 5-chambered sash and unique innovations such as additional centre seals. Alongside Optima windows, Select Windows also used PatioMaster sliding patio doors, another product from the Epwin Window Systems’ portfolio, on Winchester Court and Woodthorpe Court.