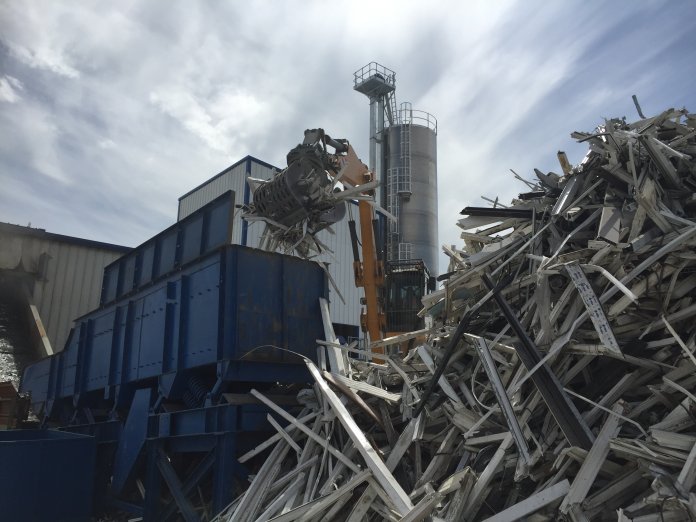 The UK and Ireland collected and recycled a total of 143,428 tonnes of waste PVC across all PVC recycling formats in 2019. Within this total, PVC window profiles accounted for 86,057 tonnes, according to latest industry figures.

Second only to Germany, the UK’s achievement represents 18.6% of the 771,313 tonnes of waste PVC recycled throughout Europe in 2019 – a new record high and 4.3% up on the previous year. Window profiles and related building products account for 47% of the total PVC recycled across Europe.

Recovinyl®, the PVC industry’s recycling scheme, was the largest contributor to this total and registered a total of 769,233 tonnes of PVC waste entirely recycled in Europe in 2019.

Demand for recycled rigid PVC remained very high. At the same time, more PVC waste was available from cables – particularly in the Czech Republic, France, Germany, Poland and the UK – due to reduced exports to China.

Industry concern continues over changes to the Basel Convention, an international treaty governing shipments of hazardous waste, that has deemed PVC to be a ‘notifiable’ waste.

This would create more paperwork and cost for UK-based suppliers, making the import and export of waste PVC between the UK to the EU more difficult.

Changes to the Convention, which will come into effect from 1 January 2021, will see non-hazardous plastic waste that is not recyclable or is ‘difficult’ to recycle categorised as waste requiring ‘special consideration’ and listed in the Convention’s Annex II. Some single polymer plastic wastes, such as PET and PP, are exempt, whereas PVC is not.

Richard McKinlay, Head of Consulting at resource recovery specialist Axion, Recovinyl’s Regional Representative for the UK argues that this is not justified for PVC as it is a highly recyclable material, as demonstrated by the success of the Recovinyl scheme throughout Europe and other projects like RecoMed, the medical PVC recycling scheme.

He says: “Under the Convention rules, PET is ‘green-listed’, even though in reality PVC is much more widely recycled than PET and the recyclate used widely in durable and long-life products, for example in the building and construction sectors.”

While the UK has a well-established PVC recycling infrastructure, especially for window profiles, Richard explains that much cable waste from Europe is imported for use in traffic management products and that this supply chain is needed to maintain production. Current uncertainty could mean UK manufacturers losing out on useful raw materials.

He adds: “Recovinyl continues to grow and satisfy the huge demand for recycled PVC in the UK and across Europe. Recycling is the best environmental solution for PVC as it can be readily recycled. It’s right that we continue to use this valuable raw material resource in new products and set an example for the treatment of other waste construction materials.”

Simon Scholes, Managing Director of VEKA Recycling comments that while the legislation will mean more paperwork, it also forces the industry to be ‘more professional’ and offer a reliable and sustainable service to companies handling waste PVC.

He continues: “The industry in general has stepped up and made PVC recycling happen. What we’re doing is still right and significant investment has gone into recycling this material to a quality ready to be re-used in new long-life products. This is something to be encouraged, not discouraged.”

Simon adds: “As an industry, of course we will overcome these future hurdles. We’ve invested too much time, money and passion not to make it succeed.”

Cumulatively, 5.7 million tonnes of PVC have been recycled within the Vinyl 2010 and VinylPlus frameworks across Europe since 2000, preventing the release of 11.4 million tonnes of CO2 into the atmosphere. Check out your nearest Recovinyl recycler at https://recovinyl.com/all-recyclers.