Home Doors & Windows Radical, Trad, New-Build or Retrofit? …One Site Shows It All for Lumi 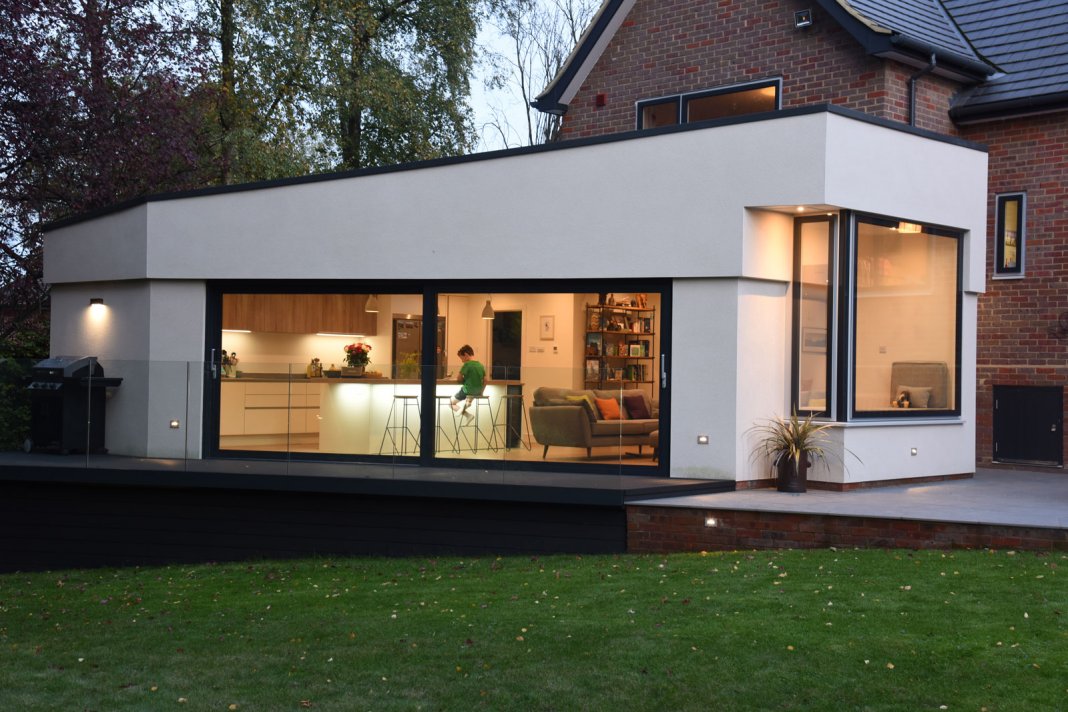 It’s well known that the revolutionary Lumi window and door system looks equally at home in contemporary or traditional surroundings, in new-build or retrofit – but now manufacturer Apeer has had the unique opportunity to showcase all four of these on one single site.

When Michael and Emma Leliveld began working with TW-2 Architects to add a contemporary extension to their traditional Hertfordshire home, they had seen the Lumi system at one of the Grand Designs events and immediately saw it as a natural choice. But when they decided to upgrade all their windows and doors at the same time, they thought the same system would add extra kerb appeal as well as giving a perfect match for old and new.

Now, with 17 windows, two doors and an expansive pair of patio doors all from Lumi in its striking Anthracite Grey, the entire house not only looks stunningly different but has also seen fuel bills cut dramatically, largely due to Lumi’s exceptional U-Values with its argon-filled triple glazed units, low-E glass and warm edge Superspacers in its radical ‘frameless’ bonded glass fibre construction.

Michael said “We are extremely pleased with our Lumi windows and slider, and all who see them comment very favourably on them. They have added an extra wow factor to the build that we hadn’t originally anticipated.”

Apeer MD Asa McGillian added: “When we originally designed the Lumi concept, we first pictured it in contemporary new-build settings but so many installations since then have shown it to be just as much at home in all styles of classical and traditional homes, both retrofit and new-build.

“Now with the Lelivelds’ home, anyone can see all those facets of its versatility in this one property – in short, the best single showcase for the potential of Lumi that we could hope for.”

Lumi proved to be a show-stopper from day one when the radically different window system was unveiled at Grand Designs London in 2015. Demand has grown exponentially since then and the system has been extended with the addition of patio and bi-fold doors as well as entrance doors, so now there is no installation, retrofit or new-build, that could not be completely fulfilled with Lumi.