Home Latest News One Town One Team! Quickslide extends its support for Brighouse Town for... 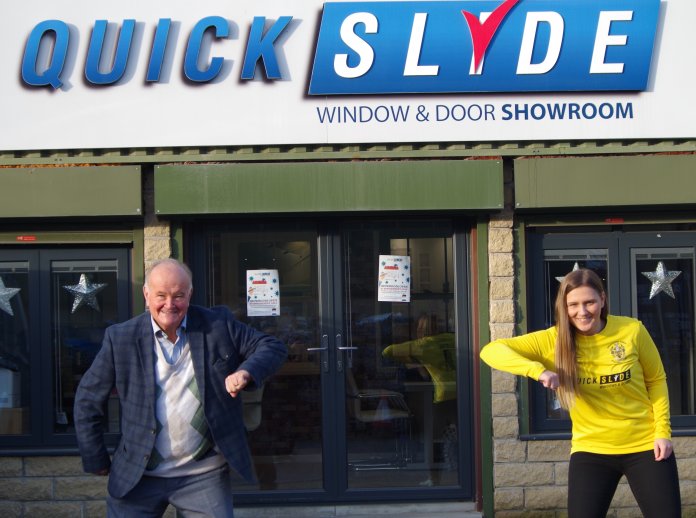 Northern Premier League side Brighouse Town AFC’s bold motto ‘One Town One Team’ confirms its commitment to the town whose name it bears. Similarly, Quickslide Windows believes that the sentiment also communicates its relationship with both the club and the town that is home to its head office and factory.

Which is why the firm has renewed its support as official partner and kit sponsor for the club for a further two years. After agreeing the deal, Quickslide Chairman Adrian Barraclough spoke of the close relationship that the firm and its employees have with the club: “Brighouse is only a small place and supporting Brighouse Town has really helped us connect with the wider community,” says Adrian. “And that relationship manifests itself in very direct ways: When we were looking for fabricators to join us we made an announcement at one of the games and had applications coming through right after the full time whistle had blown.”

The factory, offices and showroom of the Bradford Road, Brighouse window and door fabricator and VS specialist, are located just two miles from the club’s St Giles Road Stadium, where many Quickslide employees and local customers regularly turn out to show their support. Several Quickslide employees have also played for the club.

“We’re one of the largest employers in the area,” continued Adrian. “As we mainly sell to trade clients nationwide, having a close relationship with the local football club is an ideal way for us to maintain a good relationship with the town and its people, allowing us to communicate our values and commitment to them.”