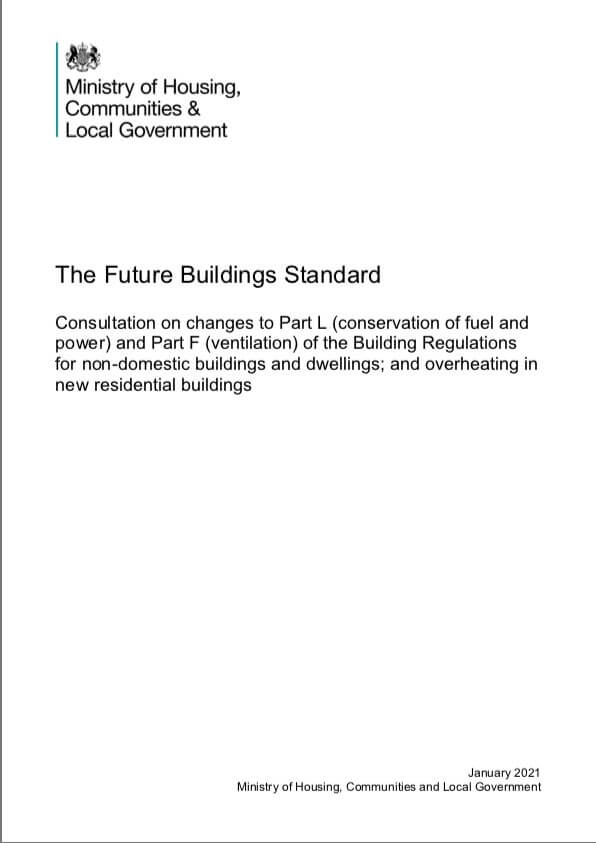 FENSA Approved installers have been asked for their views in a survey towards the publication of the new, revised Building Regulations due for publication later this year which include making trickle vents mandatory together with the lowering of u-values and the increase in WER/DSER bandings for windows and doors. The poll is intended to gather views in relation to Approved Document F (Ventilation) and Approved Document L (Conservation of Fuel & Power) which deal specifically with the performance of windows and doors in domestic dwellings for new build, refurbishment and home improvement.

The FENSA questionnaire asks installers questions designed to ascertain their awareness of the proposed regulations as well as their views on the proposed changes, which are likely to include a further reduction in U values for windows and doors, as well as the mandatory installation of trickle vents. The short survey also asks installers what they believe their homeowner customers think about trickle vents, including the potential impact on their decisions to buy new windows.

The poll is unique in ascertaining installer attitudes towards the new Building Regulations and indeed, tests their awareness that such changes are taking place at all, with just under half of those responding declaring that they were not aware that Approved Documents L and F are currently available for consultation. A further question ‘Do you support the lowering of u-values and the increase in WER bandings for windows?’ brought an almost even split in the response.

The proposed mandatory installation of trickle vents on all replacement windows drew a more emphatic response with almost 92% of respondents advising that they do not ‘…support the introduction of mandatory ….Trickle Vents…..’. When asked if they believed if homeowners would object to having trickle vents on all replacement windows, again the response was emphatic, that almost 97% of homeowners would ‘probably’ or ‘definitely’ object. Almost 80% or installers responding went as far as to respond that making trickle vents mandatory will ‘probably’ or ‘definitely’ lose them business.

The revised Building Regulations, being referred to as The Future Homes Standard, are being presented by the Government as plans to ‘radically improve the energy performance of new homes, with all homes to be highly energy efficient, with low carbon heating and be zero carbon ready by 2025.’ In its statement the Government added that new homes will be expected to produce 31% lower emissions from 2021, whilst existing homes will also be subject to higher standards, with a focus on extensions and the replacement of windows as well as other services. For replacement windows this means a reduction in the U Values from a minimum of 1.6 W/m2K to 1.4 W/m2K.

FENSA Managing Director Anda Gregory commented: “Overall the proposed improvements in the performance of windows and doors in the Building Regulations are good news for FENSA Approved Installers, as homeowners seek to improve the performance of their homes. But it is important that installers make their feelings known, especially on subjects such as trickle vents, both through FENSA and direct to the Government, to ensure that the views of those in the front line are fully known and appreciated. It is emphatically clear from the survey that installers continue to be against the mandatory fitting of trickle vents and we hope that the government takes these responses into consideration in the consultation process,” she added.

With the consultation ending on 13th April FENSA is asking Approved Installers to make their feelings known as quickly as possible by returning the survey, or by responding direct to the Government by emailing their views: FutureBuildingsStandardConsultation@communities.gov.uk