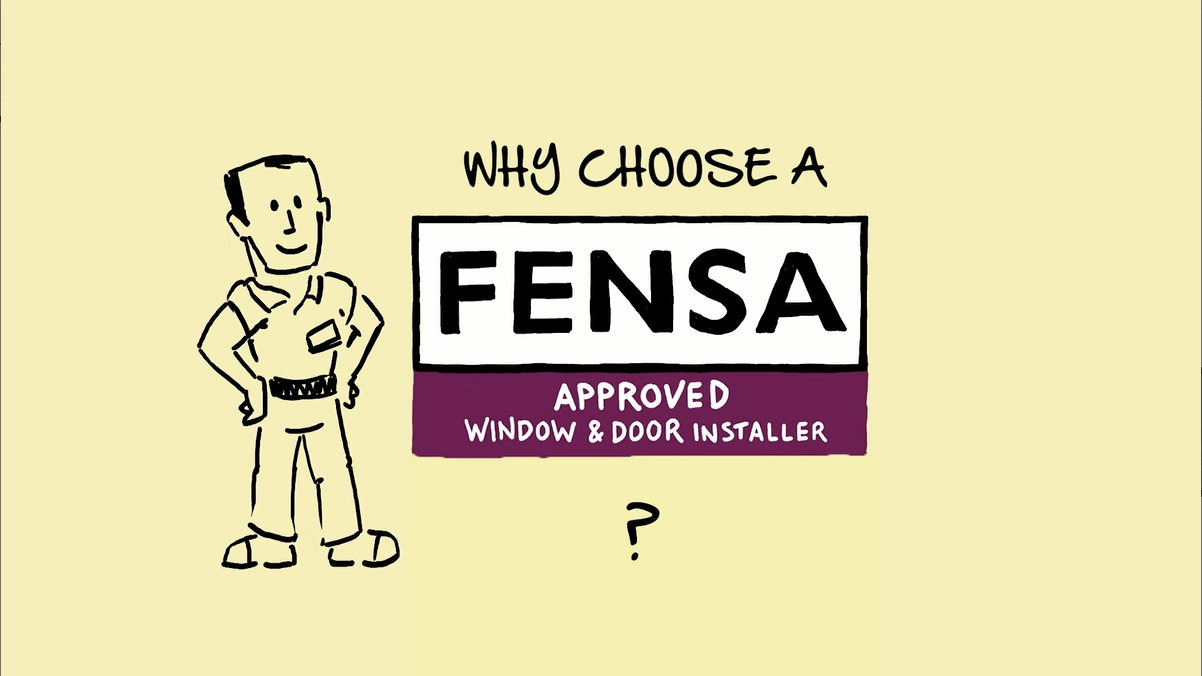 Competent Person Scheme FENSA has produced a suite of videos aimed at helping homeowners make the right choice when it comes to installing replacement windows and doors. The series, which will be shown across multiple channels, supports a hugely successful ongoing TV campaign during which the organisation raised their profile further by sponsoring ‘Weekends on Dave’, a channel popular among ABC1 (higher social and economic groups) men aged 16-34.

The videos encourage homeowners to ask questions like, ‘Will my installation be energy efficient?’ It is vital that consumers understand that energy ratings such as the BFRC rainbow labels are useful tools for comparing the energy efficiency of windows and doors, especially in the context of improving carbon emissions and saving money on energy bills.

They also expand on regulatory requirements and consumer protections available when replacing windows and doors.  Although hundreds of thousands of FENSA certificates are issued per year, many potential FENSA customers may still be unaware of the importance of compliance with building regulations, or the fact that work carried out by FENSA Approved Installers is covered by an insurance backed guarantee. Or that the local council is automatically notified after work has taken place – saving them the time and cost of having to do this themselves. Chris Beedel, FENSA Director of Membership, says:

“There’s so much more to installing windows and doors than most people realise. A referral from a friend or a reassuring website isn’t enough. Homeowners need to ask the right questions before appointing an installer to protect themselves – physically, legally, and financially.”

“Ultimately however,” says Chris, “there’s only one question homeowners need to ask: ‘Will I get a FENSA certificate afterwards?’ as this is all the proof they will need that the installation company’s work will be compliant, energy efficient and accompanied by an insurance backed guarantee.”