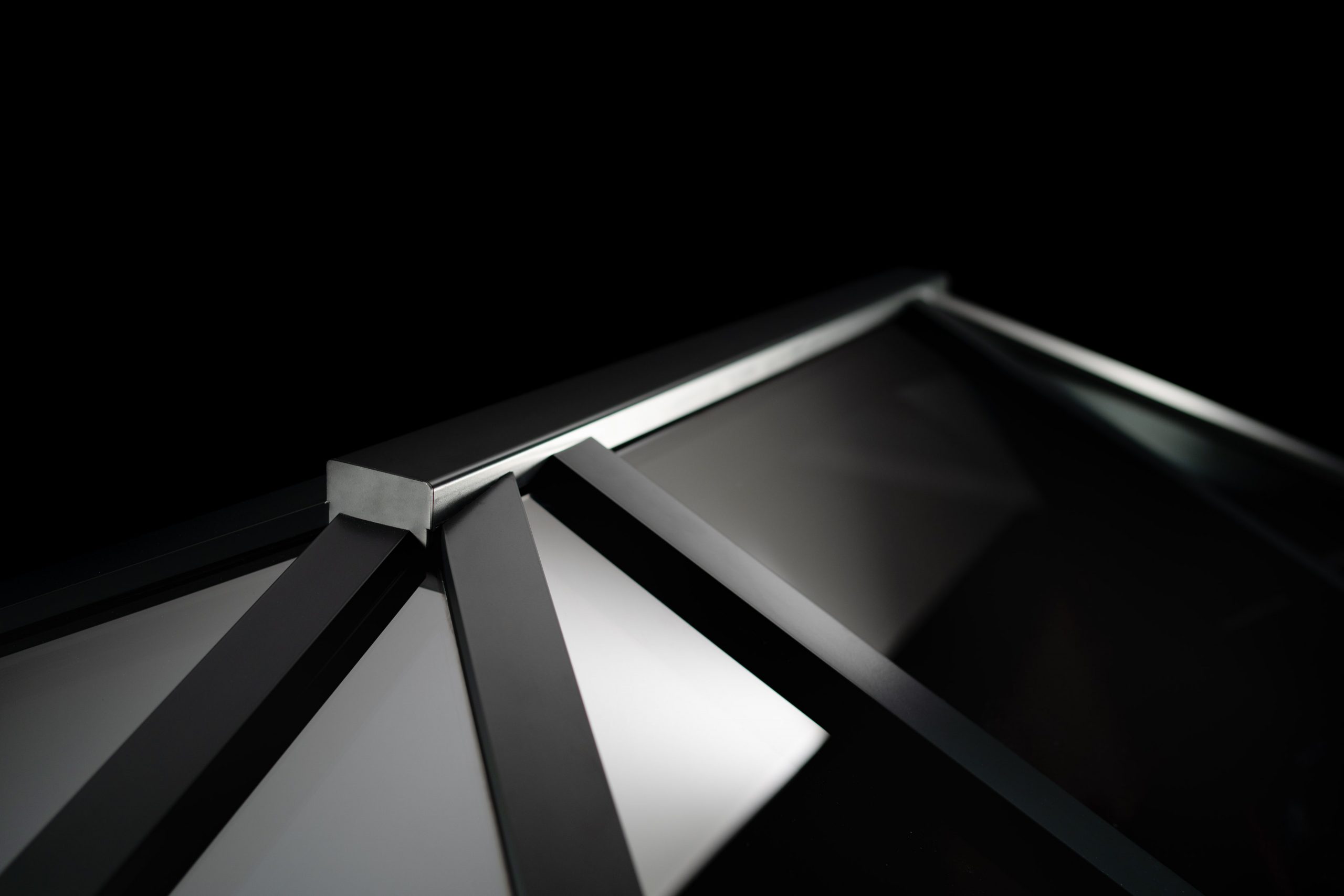 Bridgend-based Ewenny Home Improvements has seen its business grow rapidly after becoming one of the first firms to upgrade to the new Atlas Lantern 2.0. The lantern, which is the slimmest non-bonded glazed roof available, is already proving a hit with their customers.

Ewenny’s director Andrew Edwards says: “We were keen to see the Atlas Lantern 2.0 when it was launched and it certainly didn’t disappoint. Slimmer and sleeker than anything else we’ve seen, we knew that homeowners would definitely want it. And we were right – people ask for the lantern by name and we’re installing more than one week. It’s easily become one of our most popular premium products.”

One of the main attractions of the new lantern for Ewenny, however, is the ease and speed with which it can be fitted.

“The Atlas lantern is a fitters-dream and my team has remarked on how fast and easy it is to fit,” adds Andrew. “It’s lighter to lift into place and the new ringbeam now comes in one piece so there’s no need for on-site assembly. There are fewer components too and you only need to use silicone to seal the lantern to the kerb, which makes for a much quicker and more straightforward installation.”

Ewenny has invested in a new Lantern 2.0 for its showroom, which has attracted customers from all over South Wales. One visitor who went on to buy an Atlas Lantern 2.0 after seeing it in the showroom was Mr Davies from Cardiff.

Mr Davies and his wife have lived in their four-bedroom detached home for more than 40 years and had built an extension on the ground floor some time ago. The couple wanted to upgrade the extension and bring more light into their home by replacing the old polycarbonate roof.

“Our extension gave us useful space, but it was very dark and unwelcoming,” says Mr Davies. ”One of our friends had just had a lantern fitted and urged us to get one too. We went along to the Ewenny showroom and were immediately impressed with the quality of the showroom and the great-looking Atlas lantern we saw on display.”

The couple chose a 2.5 x 1.5 metre contemporary Atlas lantern in grey and aluminium bi-folding doors to maximise the flow of light into the room.

“We placed an order pretty much straightaway and our new Atlas lantern and bi-fold doors were fitted shortly after,” adds Mr Davies. “We couldn’t believe the difference the lantern made – it has transformed a dark room into a light-filled space that we just love spending time in. We enjoy relaxing in there and looking up to see the sky above – and we get to see so much more because the lantern is so slim and minimal. It has made our home.”

Lantern 2.0 features a fully aluminium, thermally broken ringbeam, which has been reduced in size by 55% to make it lighter, better looking and more thermally efficient. It also incorporates a refined ridge topcap, which is 25% thinner than before, to achieve incredibly slim sightlines when viewed from below. The height of the ridge top cap has also been reduced by nearly 50% to make it much less obtrusive from the outside.

The internal ridge, transom rafters and hips are the same 40mm width to create a neat appearance and, unlike bulkier systems, there are no boss or hoods to intrude on the roof’s super-slim ridge. One of the strongest glazed roofing systems available, it delivers outstanding thermal performance. The ridge and rafters feature a thermal break to prevent cold air from penetrating to the inside of the rafter. The rafter is more thermally efficient than its nearest rival and can achieve a U-value of up to 0.9 W/m2k with triple glazing.

For further information, please contact Atlas on sales@atlasroofsolutions.co.uk or phone 02838 327741.