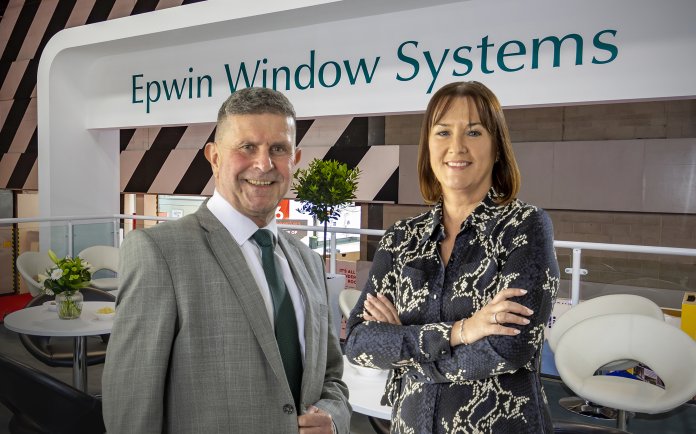 Over the past 25 years, Nic has been at the forefront of system development and was central in overseeing customers with the introduction of the award-winning Optima PVC-U window and door system and the multi-award-winning Stellar Aluminium System. His technical credentials, product knowledge and strong customer focus have been fundamental to the success of his longstanding career, and he will be greatly missed by the company and customers alike.

Nic has enjoyed a broad career in the window and related industries, from designing window systems in the 1970’s for leading retail companies to technical sales, which has been his main focus since the mid-1980’s. Nic joined Profile 22 in 1997 as a Product Manager on an initial three-month contract and a quarter of a century later, Nic is a name synonymous with Epwin Window Systems.

Commenting on his retirement, Clare Bailey, Managing Director at Epwin Window Systems, said: “Nic has been a popular member of our management team and I know I speak for everyone when I say how much he will be missed. His technical competencies have been invaluable across the business as we have continued to drive product innovation to support our customers. His knowledge and commitment to customers has been resolute. On behalf of our customers, support partners and the Epwin Window Systems’ team, we wish him the very best for his well-deserved retirement.”

With one eye on the future, Nic, aged 67, says it’s the right time to retire and will be handing over the reins to Mark Brown, Business Development Manager at Epwin Window Systems. Nic said: “Having a career in the window industry that has spanned five decades means I retire with some terrific memories and some proud personal achievements too. Our sector has undergone many changes during my time, but Epwin Windows Systems remains resolute, and I will continue to follow its success in the coming years.”

Nic who is a classic car and motorbike enthusiast is looking forward to spending time away from windows and doors and putting his technical skills to further use. Nic is the proud owner of a 1992 Ducati 888 SP4 that was originally owned by Gordon Murray (F1 McLaren Designer) and uses a BMW GS Adventure motorcycle for occasional touring with some of his old window industry friends.

Over the years he has become more focussed on the Classic-Hotrods than motorcyles and will be preparing his 1931 A Vintage Hotrod Ford Model ‘A’ Roadster for a speed trial at Pendine Sands in June 2023 with the Vintage Hotrod Association. He is also a grandad to two young grandchildren so like his career, his retirement looks set to be very busy.