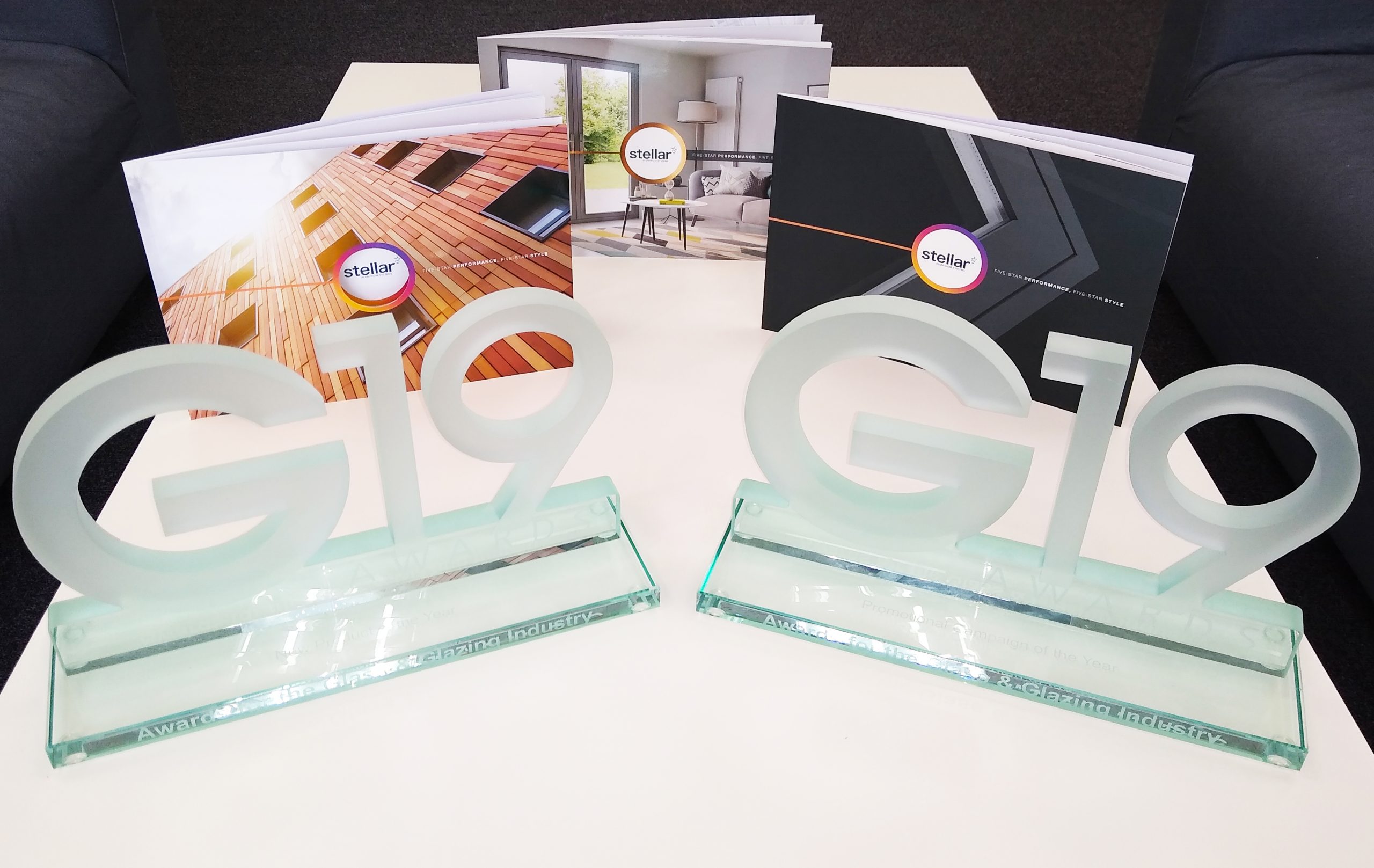 Epwin Window Systems became a double winner at the prestigious G19 Awards which were held on 29 November 2019 at London Hilton Park Lane Hotel.  The leading systems house took the crown for the 2019 New Product of the Year and the Promotional Campaign of the Year.   The double win was awarded for Stellar, Epwin Window Systems new ground breaking aluminium window and door system.

Clare O’Hara, Epwin Window Systems, Managing Director, said: “We are delighted to have won both the New Product of the Year and Promotional Campaign of the Year for Stellar. The system sets a new standard for the aluminium sector and was designed with no compromise and a commitment to nothing less than excellence. It’s fantastic to see the efforts of the team recognised in these awards.”

Stellar aluminium door and window system was launched to widespread acclaim at Fit 2019 and has been capturing headlines ever since.  Gerald Allen, Marketing Manager at Epwin Window Systems said: “Stellar is an outstanding system that needed an outstanding campaign to launch it. We were proud of the resulting campaign and we are understandably delighted to have won these two awards.”

Stellar was designed from the ground up for the resurgent retail and light commercial sectors. It features a number of industry firsts that means it is faster to fabricate, saves materials, reduces stockholding and is simpler to install than rival systems. It is also the only aluminium system to have a fully flush casement window, which features flush lines on interior and exterior elevations and delivers a beautifully uncluttered aesthetic.

As a PVC-U systems house, the marketing team at Epwin Windows Systems faced a challenge: how to attract an entirely new audience without revealing it was an aluminium system being launched.

In response, the team developed a carefully considered, meticulously planned and multi-faceted campaign that was executed flawlessly. Delivered online and offline, the campaign was built on the themes of space and the launch of a new star performer.

Stellar was one of the biggest industry launches for years and its intelligent design and superior aesthetics are attracting a great deal of attention. Winning two G19 Awards for Stellar will help to cement its reputation as the aluminium system that has set a new benchmark for the industry.