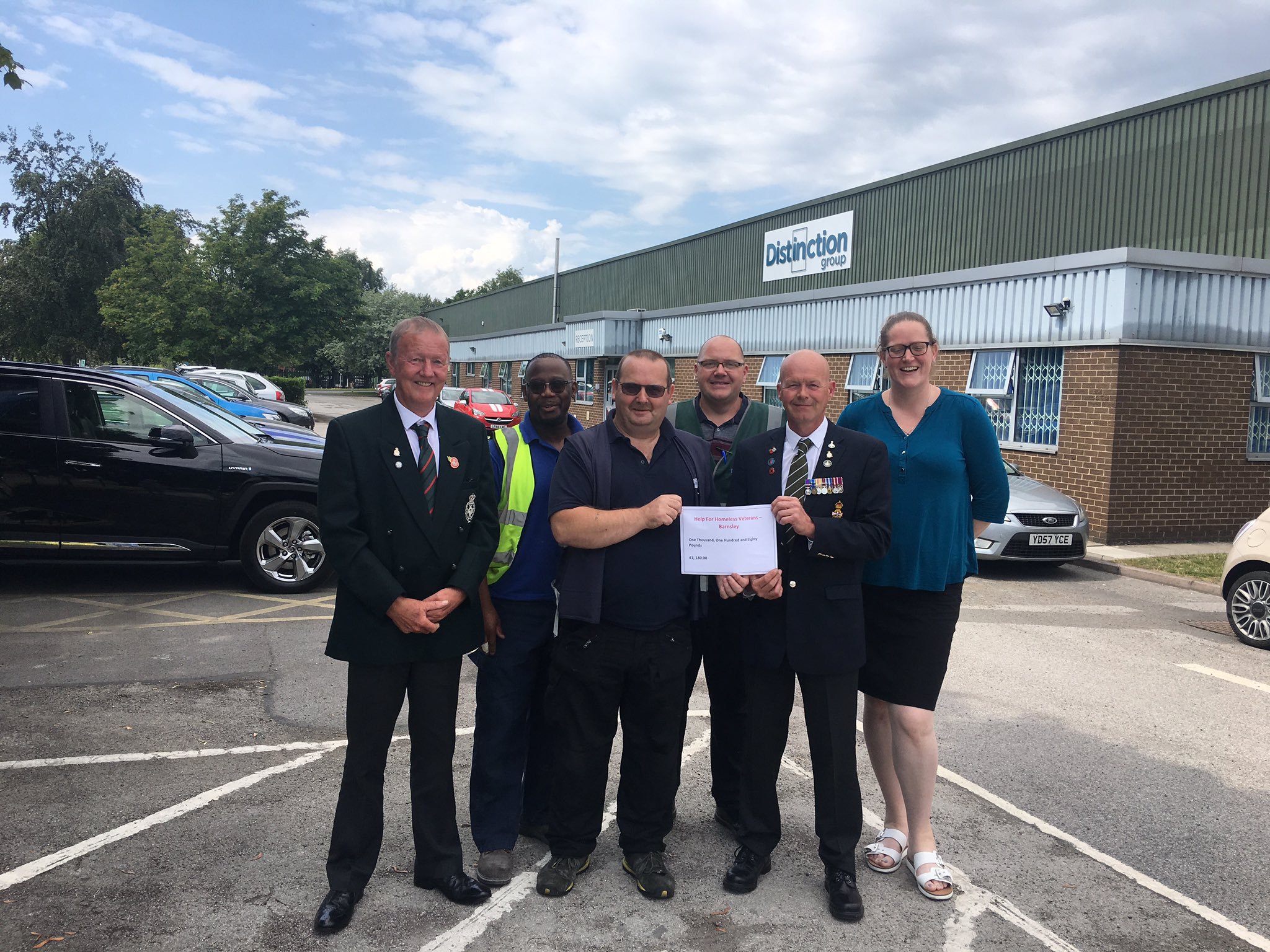 Distinction Doors is proud to announce that it has raised £1,180 for Help 4 Homeless Veterans – a Barnsley charity that supports former members of HM Forces facing homelessness – thanks to the outstanding efforts of its employees at a summer BBQ fundraiser.

In an effort to raise as much money as possible for Help 4 Homeless Veterans, staff at Distinction organised a range of activities and lighthearted challenges at its Tankersley premises, including a cake sale, mystery tombola, a prize draw for a free Distinction Door – including installation – and a free day’s holiday. There was also a bean bag throwing competition, with a large bottle of Prosecco up for grabs for the overall best ‘hot shot’, big shot’, ‘pot shot’ and ‘cheap shot’, while Distinction’s IT support analyst, Milan Tomic, successfully completed a ‘3 peaks challenge’ by walking 23km on a treadmill.

Based in South Yorkshire, Help 4 Homeless Veterans received royal recognition in April 2018 when it was presented with the Duke of York Community Initiative Award by HRH Prince Andrew. The charity has a working agreement with Barnsley Council and Doncaster Council to rent housing stock, and then sub-let to veterans at cost, with no profit made on the rents.

Help 4 Homeless Veterans prides itself on its ability to react quickly to the needs of ex-Forces personnel whenever possible and so far has helped around 400 veterans with housing problems – essential work that is only possible with grants from supporters, donations from the general public and charitable contributions from local businesses such as Distinction Doors.

Distinction’s HR Director, Helen Lovack, commented: “We were delighted to present a total of £1,180 to a representative of Help 4 Homeless Veterans at the company’s recent summer BBQ fund raiser. I’d like to say a huge thank you to all those who helped to make it such a successful event, and to enable us to support such a worthy cause, one that is helping those who have given so much for our country.”