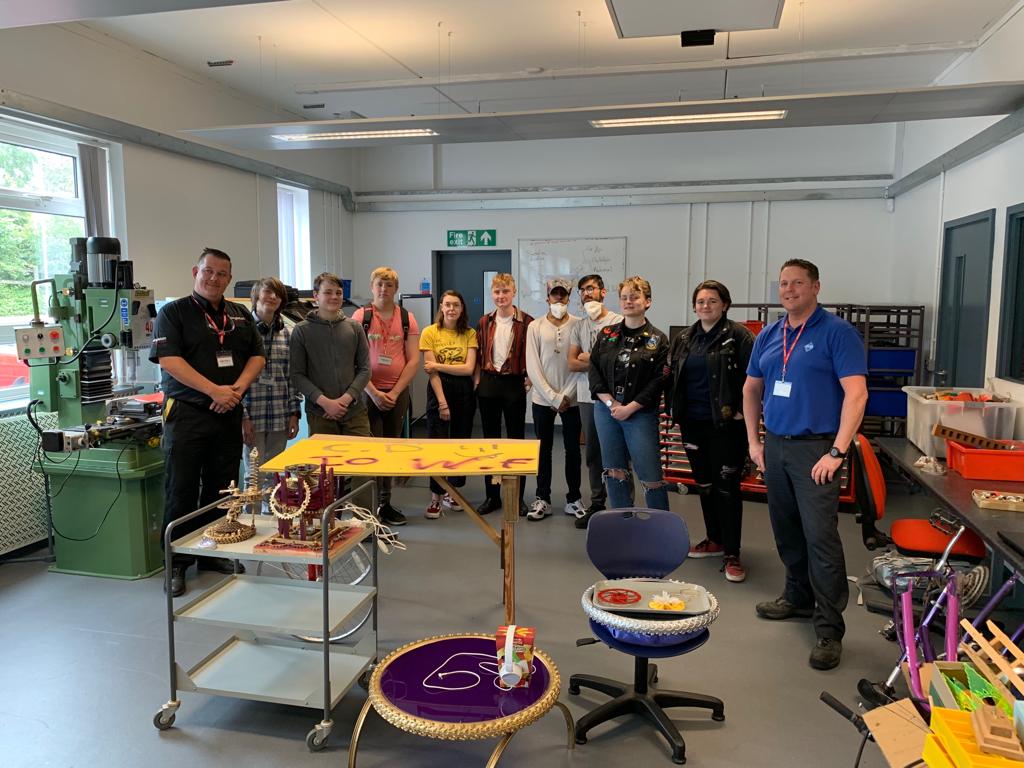 Industry-leading PVCu systems supplier VEKA UK Group has been helping students at a local Sixth Form get ‘hands on’ with creative engineering.

‘Renovate-Innovate-Create’ were the aims of the four-day programme where students were tasked with dismantling a bicycle and documenting the process before re-building it back to working order. They were then able to dismantle it once again and work with the VEKA UK Group team for a day to design and build some imaginative new products.

VEKA UK Group Maintenance Manager Mark Jones explains: “STEM stands for Science, Technology, Engineering and Maths and we’re proud to work with a number of local schools and colleges to encourage students to explore these subjects in an exciting and creative way.

“Ben and I, along with Gareth Singleton from Engineering Solutions, had a great time with the students at Thomas Whitham Sixth Form on the STEM project they were running, and I think it helped build upon some really important skills. Participants had to work with a number of different materials seeing how they can be utilised and joined together, they learned about a variety of mechanisms, the value of recycling and re-using, as well as having to work closely together in teams. They were also encouraged to think ‘outside the box’ to come up with creative new functions for things.

“By the end of the day, we had a coffee table, lap table, some jewellery, a mobile work bench, a clock and a couple of sculptural art pieces! We were able to repurpose a really high percentage of the bikes’ ‘fixtures and fittings’ which was a good exercise in sustainability and the whole project allowed pupils to really get to grips with engineering and design concepts. Not to mention the fact that it was also just good fun.”

VEKA UK Group is no stranger to projects such as this. The company has been based in Burnley since 1986 and is proud to partner with schools and colleges across the region. Mark Jones and the team have already been involved with the Primary Engineer Project, visiting a primary school in Burnley on a weekly basis to support teachers in introducing the children to simple design and engineering techniques.

The PVCu giant is very proud of its Lancashire roots – with the majority of its 380-strong staff living within the local BB postcode – and VEKA UK Group (with MD Dave Jones as representative) recently became an official Lancashire Ambassador alongside the likes of Andrew ‘Freddie’ Flintoff.