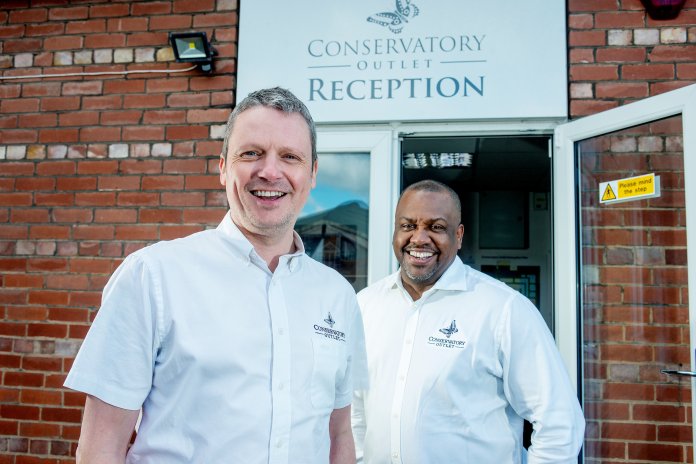 Conservatory Outlet Group has been officially recognised by the London Stock Exchange in its annual publication of 1000 Companies to Inspire Britain.

The report, which is in its 7th iteration, identifies the fastest-growing and most dynamic small and medium-sized enterprises from across the country. This includes companies that have not only grown their own revenue, but have also consistently outperformed industry peers. Unlike other reports, 1000 Companies to Inspire Britain is compiled based on factual information as opposed to nominations.

Conservatory Outlet’s inclusion within the prestigious publication has been largely attributed to its rapid and expansive business growth over the past 12 months. 2019 saw the Wakefield-based business register annual sales of over £44m. The successes have continued into 2020 and, despite the sizable disruption caused by COVID-19, Conservatory Outlet posted a year-on-year sales increase of 20% for June, July and August.

This unprecedented level of success has been reflected in the performance of Conservatory Outlet’s Network of independent retail customers, many of whom have broken their own monthly sales records in the period immediately following the easing of the nationwide lockdown.

Quick to respond to the everchanging landscape caused by COVID, the company introduced a number of key initiatives during lockdown that ensured continued business growth. This included the launch of an online sales forum in early April which allowed its customers to come together to discuss the latest techniques and tools to further perfect their approach to the pandemic.

The success of the sales forum was followed by a ‘lockdown sales competition’, introduced by Conservatory Outlet’s senior management team, which saw salespeople from across its Network of customers compete against each other using video conferencing software to generate the most ‘virtual’ sales orders over a four-week period. The competition generated over £4m in sales throughout its duration.

In spite of the uncertainty caused by the pandemic, Conservatory Outlet has continued to innovate throughout the year, and in early-August launched an innovative new aluminium range of windows and doors to add to its extensive product portfolio – the Eclipse Collection. Satisfying a growing demand for increasingly modern home improvement products, the entire Eclipse range is categorised by super-slim, high performance frames of just 34mm. The collection has been met with adulation from Conservatory Outlet’s customers, as they position themselves for increased top-end market penetration.

Backed by the consistent sales growth, the company recently revealed a hefty £500,000 staged investment in its 60,000 sq ft manufacturing base. The three-stage plan, which began in September, will take six months to complete and features a sizable investment in state-of-the-art equipment, key infrastructural changes and a 10,000 sq ft factory expansion.

Greg Kane, CEO at Conservatory Outlet Group, said: “It’s an honour and privilege to be officially recognised alongside some of the most impressive companies in the country. Our team have worked incredibly hard over the past 12 months to ensure we offer our customers unrivalled levels of service, backed by a product portfolio that we’re confident is amongst the most diverse on today’s market. Our retail businesses are performing at an exceptional level, breaking sales records on an almost weekly basis, and are meeting the demands of a hugely buoyant marketplace.

We’re proud to be flying the flag for the home improvement sector on such a prestigious list and, with our phased investment over the next six months, look forward to an equally successful end to 2020 and beyond.”