Home Latest News BACK IN THE SUMMER OF ‘69 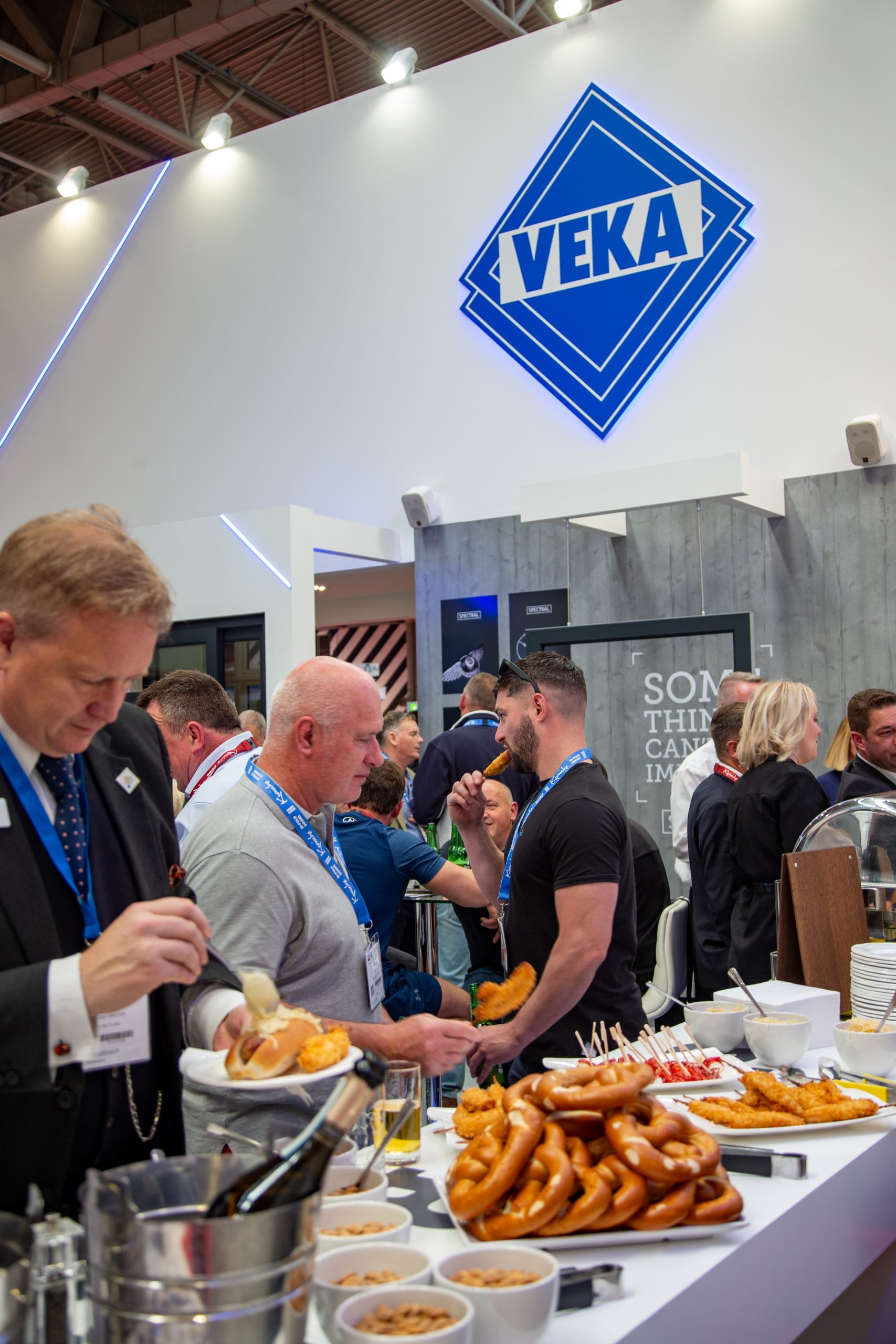 Customers, Independent Network members, and members of the industry press were welcomed to the VEKA UK Group Show stand on the Tuesday evening for a beer and bratwurst event officially celebrating five decades of VEKA.

More than 100 guests were invited to raise a glass to VEKA being 50 years young and still leading the industry.

After the celebration, VEKA UK Group’s Marketing Director Dawn Stockell said: “It’s quite an achievement to get to this milestone anniversary in any industry, but especially one as competitive and ever changing as ours.

“After 50 years, we’re still leading the industry, still investing in UK manufacturing, still innovating with products that can’t be matched and still maintaining the VEKA values that have served us so well up to this point.”

VEKA UK Group’s MD Dave Jones left the FIT Show on Wednesday and flew straight to Germany to represent the UK team at VEKA AG’s celebrations, which were an impressive feat of organisation and party planning!

Dave explains: “VEKA held an ‘open house’ where visitors were welcomed on tours around the Sendenhorst plant throughout the day and were introduced to new products and innovations, as well as celebrating past successes. The evening saw 1200 guests – including German customers and the General Managers of all VEKA’s European subsidiaries – treated to a three-course Gala Dinner and Show in an enormous marquee, followed by celebrations that went on well into the early hours.

“And then two days later, they did the whole thing again! This time, 2000 guests were wined and dined in style, including all the staff from VEKA AG and their partners.

“I think it says a lot about a company, when its hard-working staff are given the same ‘special’ treatment as customers, and I noticed CEO Andreas Hartleif and his wife Elke shaking hands with guests as they arrived and welcoming people individually.

“Despite its global reach, VEKA has always been a family-run organisation with family values and I think that has played a large part in its success. The company was founded in Germany in 1969 with just eight staff, and is still run by the same family today. The Group has now grown to be the largest manufacturer of extruded PVCu products in the world, with a turnover of 1.2billion Euros, and provides secure employment for 5500 people across 40 worldwide subsidiaries.

“VEKA, Halo and Imagine customers know that being part of the VEKA ‘family’ means they’re in safe hands, with our unrivalled scale, strength and stability and I think 2019 is a great time to take stock. We’re celebrating our past, enjoying the present and investing in our future. I can’t wait to see what the next 50 years of VEKA brings!”