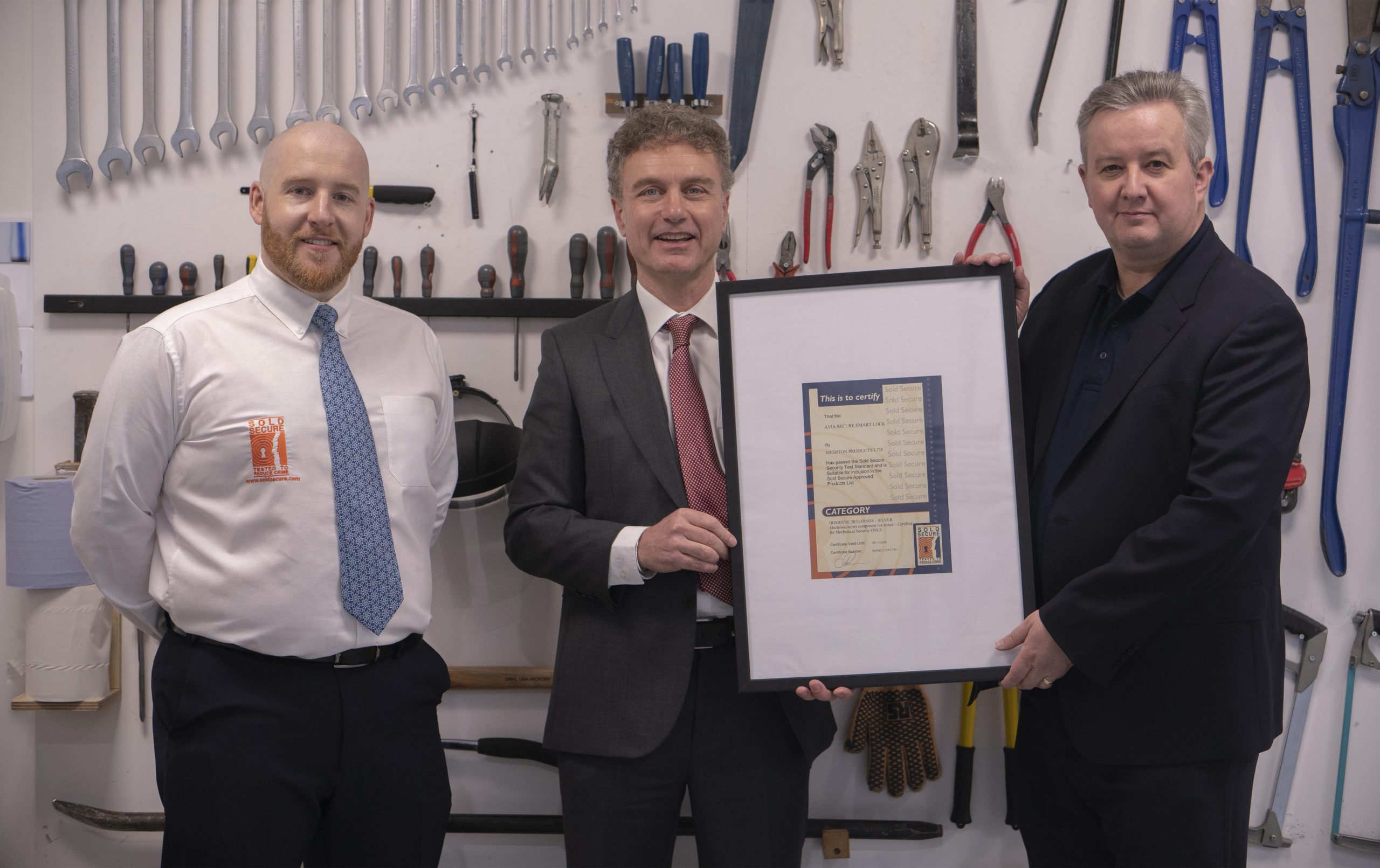 Avia, by Mighton, has become the first ever smart lock to have its mechanical security approved by Sold Secure, the UK’s Premier test and certification company for security products, owned by the Master Locksmiths Association, a milestone that follows recent accolades from the British Standards Institution (BSI) and European Telecommunication Standards Institute (ETSI) and one that underlines not just the strength of Avia’s software security, but its hardware credentials as well.

Avia, which was the first smart lock to achieve the Government’s Code of Practice for consumer Internet of Things (IoT) security, has been raising the bar for smart lock integrity since it was unveiled at CES 2019 in Las Vegas. Designed to work with Apple’s HomeKit security ecosystem, widely regarded the most secure platform available, Avia also utilises a TS 007 3-star / SS312 Diamond cylinder that helps to ensure peace of mind for homeowners.

Sold Secure, a scheme that is dedicated to reducing the risk of crime through the rigorous assessment of security products, subjected the Avia secure smart lock to a series of gruelling tests, at its purpose-built laboratories in Rugby. These included efforts to compromise the lock via manual attack testing including amongst others drilling through the test door in order to short circuit Avia’s electronics, an attempt to access the wires that power the lock’s electronic thumbturn and a more traditional cylinder ‘snap’ test.

Mighton chairman, Mike Derham, commented: “When we set about developing Avia, one of our primary objectives was that it had to offer the very best levels of security for both its electronic and its mechanical elements. Consumers will only trust smart products to protect their homes if they can be assured that their homes are as secure as possible to counter both hacking and physical attacks. Thanks to BSI accreditation earlier this year, Avia is leading the way on IoT security and now, with the latest approval by Sold Secure, we have shown that it is also incredibly resistant to traditional methods of attack.”

Sold Secure managing director, Dr Steffan George added: “We’re delighted to have approved the mechanical security provided by Avia where it has met the criteria for SS301 Silver approval. It is the first smart lock this approval has been granted to.”

Mighton’s Avia is the first Apple Homekit smart lock to be developed for handle operated multipoint systems and is available to trade customers from Mila, or to homeowners direct from the Avia website. Avia allows homeowners to check on the status of their entrance door via the Avia App, and unlock it either with iPad, iPhone Apple Watch, fob, keypad or even traditional key. Excitingly, an option for facial recognition is expected soon.